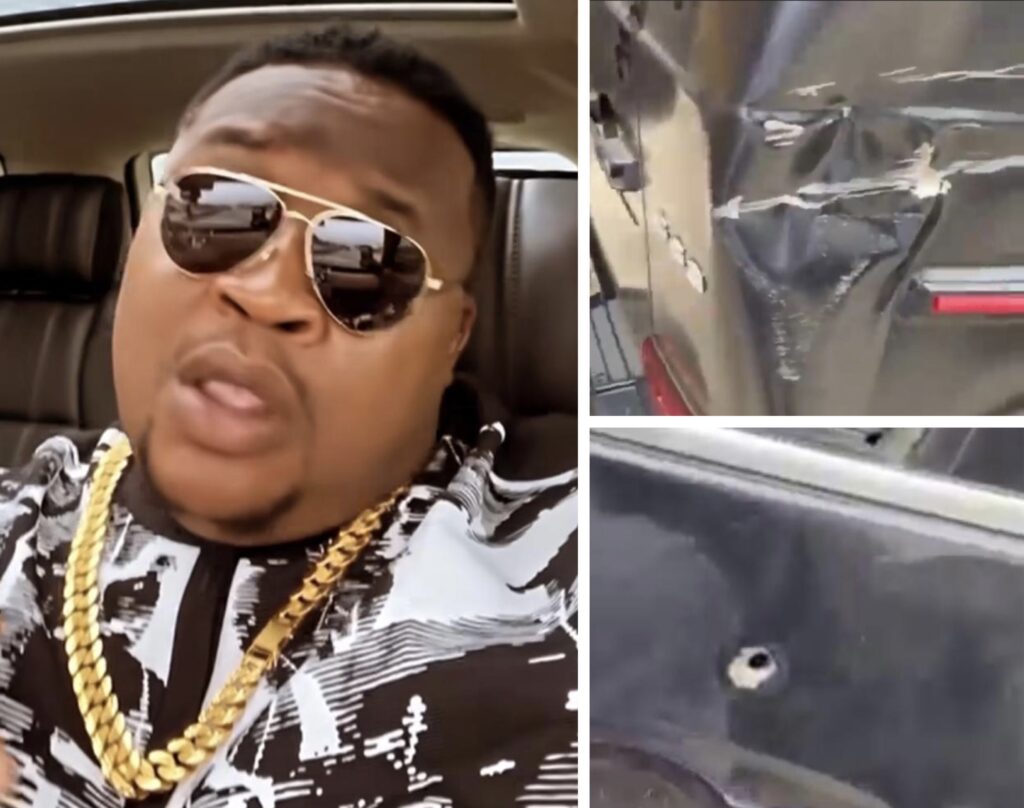 Gunmen have attacked the convoy of an entertainment merchant, Paschal Okechuwku popularly called Cubana Chief Priest.
NPO Reports could not verify the exact location where the incident happened, the videos of the attacks which was sighted showed that his vehicle was badly hit with bullets.
Denying reports that the incident happened in Imo as reported by a blog, the celebrity said the attack took place in Anambra when he was going to work.
He wrote on his instagram page, “All My People Are Safe & Sound Thanks For All The Calls & Messages, Imolites Make Una No Mind @instablog9ja Shit Never Happened Here In Imo, It Happened In Anambra On My Way To Work In Asaba, Fact Remains The Entire Southeast Needs To Be Sanitized Completely.”
The South-East part of the country is believed to be under the siege of many gunmen with several cases of killings, kidnappings and other forms of crimes.