Chrisland: Why These Cries in the Land of Sex? 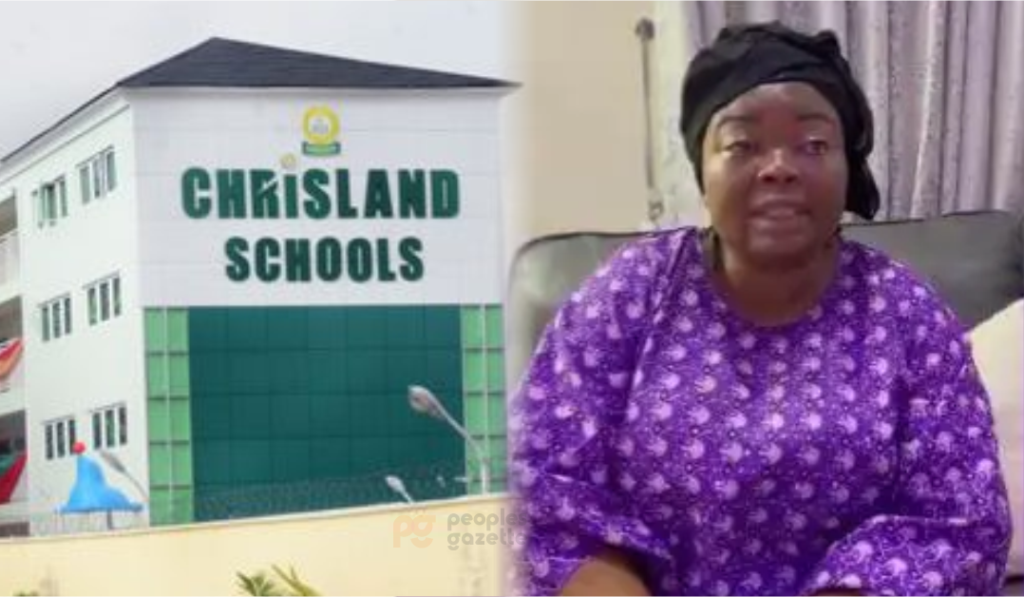 I am fasting. So, I am naturally (or religiously restrained) from talking about, watching or commenting about some things.
But I must not allow this Chrisland saga slide without chipping in a few words.
I was alarmed on Monday. But what alarmed you was not what alarmed me. You were alarmed by the “breaking news” of a 13 year old having a ‘good time’ in far away Dubai hotel. For me, that was a “broken news.” I was alarmed that you all were alarmed by what should not alarm you. Something you should know and must not pretend does not happen even in your backyard.

I don’t know why we are all yelling o. Why are we such a pretentious lot? I hate it when we set processes in motions and we then pretend to be alarmed at the outcome of our actions. Hey! We are the arsonists. So, don’t let us pretend to be the fire fighters?

Why should the sex tape of a 13 year old and 10 year old get you off your feet when you have ‘nurtured’ their generation with the same nourishment of sleaze from the wombs?
At homes, what do mothers wear? At birthday parties, what do children dance to? On televisions, what do families watch? At schools, what do teachers discuss? In classrooms, what do students share? On social media, what do we all post, like, retweet and share? On our phones, which Apps take more of our times?
At the heart of the new generation are sex, sex and sex. Unfortunately, you all assume their innocence when many of them had surpassed your records in all the departments of experimentations.
And then, you expect teens holed up in a luxury hotel far away from the prying eyes of adults not to fulfill their ‘missions?’ When all they had watched on Instagram and Tiktok are your celebs, your society’s role models; those constantly on the lips of their parents during family leisure times, promoting sex; gleefully sharing their moments of ecstasies and fantasies in Emirates swimming pools!
Why do you think gun has spiraled out of control in the United States of America? That you find the young and the old spitting bullets at the slightest provocations or killing as pastimes is because there are little or no restrictions and the allure for violence is everywhere near you.
Across the globe, Nigeria and your very doorstep are not exempted, sex has spiraled out of control and it is a free game.

Now, tell me which corporate organisaton today goes all out in search of First Class graduates of universities to offer them jobs? Is Nigeria even looking for geniuses who, with no formal education, are endowed with natural talents to fabricate life-changing devices? No! And there are hundreds of them pleading with media houses to broadcast their possibilities for the authorities to spot them and lift them. No one is looking in the direction of talents from the laboratories of universities or libraries of colleges.
‘Talents’ from reality shows are the new leaders of the society. They are the ones who breeze in at social events and the heads turn.
If you doubt my claim, our corporate affairs departments scout for fresh winners of reality shows where sex, nudity and all forms of other things are the contents of the contests.
Last week, Arise TV did a special coverage titled “The Influencer Economy.” The focus was on the millions those on our social media pages are making with their acts; many of them nude contents. If they are not promoting “with their full chests,” they are shaking the tables with their “bad backsides.”
One of those who recently came out of a reality show confessed right in her Victoria Island hotel, she had all the corporate organisations’ representatives literally waiting for her to come down from her hotel room to sign deals. “Yes! Deals in millions!”
And you know what? You cannot be a loser in reality shows! Even when you are evicted the first day, you have simply become a celebrity and you start making money from day one.
I read something like one of the housemates of the last BBNaija, a lady who left nothing to imagination claim that her social media pages were being managed by her father since she got holed up in the show. If that was the case, it then means that all those salacious images of the housemate were put out for the world to see by the man who brought her into this world. And we are here crying over what teens were doing in their hotel rooms in Dubai!
Another reality contestant, who entered the show with her cleavages tattooed with the image of Davido once revealed she got all the support and necessary backings from her parents for her choice.
Ironically, the same Davido, with all his own weird ways, could be seen in a video last year spanking his daughter who attempted to twerk amidst other people possibly at a children’s party. I don’t even know whether to pat him for nurturing his daughter and kick him at the same time for number of women used as objects of his performances.
I was captivated by this tweet, out of the many that trailed the ‘broken news’ of the Chrisland Dubai saga by Man of Letters with the handle @Letter_to_Jack when he wrote “Nigerian parents think parental advisory is a joke.

“The worst was kids singing “Alẹ yi a le”.
The tweet sums up the worries of those who are daily assaulted by adult scenes in teens’ presence which the society no longer frowns at.
That is who we are. We pretend nothing is happening until the alarm bell sounds and we shed crocodile tears. God bless the soul of Ola Rotimi, the author The gods are not to blame. He reminded us that when we leave our pots unwashed, we should expect our food to burn.
And which takes me to the mother of the Chrisland School girl in question. As pitiable as the situation her family has found themselves, I am of the opinion that she won’t go far if the case she desires to press is rape. I am yet to see any major argument in support of her conclusion that her daughter was an unwilling actor in that show of shame with the video that millions have watched and would still watch.
A teenager alleged to be running online ‘business’ bordering on such sleazy affairs with personal clips that show her proclivity for sexual contents has already put a question mark on her parents’ capacity for monitoring and care.
Consequently, her mother’s video asking Nigerians and the government to help is a sentiment dead on arrival. This is because by virtue of what most Nigerians have seen, there stands a general belief that she is far deeper and advanced in her choices than the parents are willing to admit. And the same argument goes for the boy(s) in the entire show.
We are a religious lot. But hardly do we pay attention to the dictates of our faiths. In Islam that I am familiar with, even siblings of opposite genders are advised strongly to be separated at certain ages and the rationale is not far from prevention of the unthinkable.
Those scriptural prescriptions could therefore not have been of no value when you are enjoined like in Quran Chapter 24 Verse 30-31.
It reads, “Tell the believing men to lower their gaze and to be mindful of their chastity: this will be most conducive to their purity – (and,) verily, Allah is aware of all that they do. And tell the believing women to lower their gaze and to be mindful of their chastity, and not to display their charms beyond what may be apparent thereof; hence let them draw their veils over their bosoms and do not show their adornments except to their husbands or their fathers or their husbands’ fathers or their sons or their husbands’ sons or their brothers or their brothers’ sons or their sisters’ sons or their women or what their right hands possess or male servants free of sexual desires or those children who never knows the private things of women; and do not stamp their feet so that it may show their hidden adornments; and repent towards God collectively O believers so that you may succeed.”
And the tragedy is this: Not even this scandalous revelation would change anything. The government and the police would make a show of this saga for a few weeks and move on to other scandals. Many of the parents who have screamed (pretentiously too) at this would not withdraw into the closets to probe what is happening under their roofs.
But when the next alarm bell sounds, all of us would scream again as if the evils we are planning would go away with such routine.