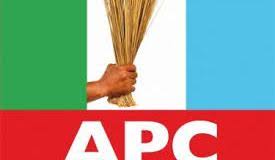 The ruling All Progressive Congress on Thursday said has put everything in place to hold it’s National Executive Council meeting which is slated for March 17th,2022

In statement released and signed by the Chairman and all the members of CECPC the party said the meeting is important as some burning issues concerning the forthcoming National Convention, administration of the party and any other relevant issues will be discussed at the meeting.

The meeting that’s said to be planned to hold virtually will have President Muhammad Buhari joining from United Kingdom where he’s currently on his medical trip.

It would be recalled that, the All Progressives Congress had it’s last NEC meeting on December, 8th, 2020 where the National Working Committee under the leadership of Com. Adam Oshiomole was dissolved.
The NEC had set up a caretaker committee led by Gov. Mai Mala Buni of Yobe State.

It was learnt that Mai Mala Buni was removed on Monday for his nonchalant attitude which might caused the party a great havoc if not properly and quickly addressed.