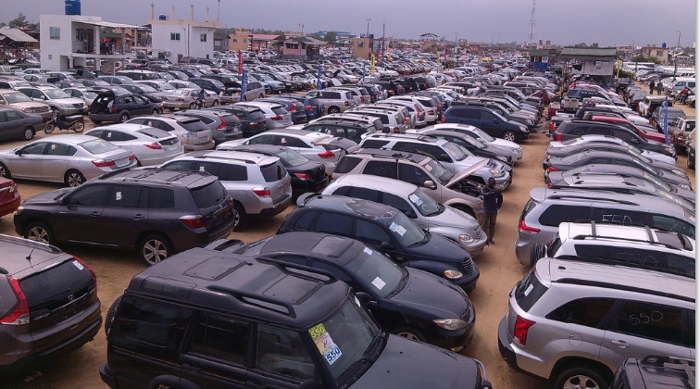 The Nigeria Customs Service (NCS), says it will continue to wield its “big stick” on officers found to be involved in fraudulent practices.

The National Public Relations Officer of the service, Deputy Comptroller Timi Bomodi told the News Agency of Nigeria (NAN) in Abuja that the present administration had zero tolerance for corruption.

He said officers who had been found culpable over time had been punished in various ways depending on the level of culpability.

According to him, the service will continue to fish out “bad eggs” until the system was sanitised as much as possible.

Bomodi said officers, who had over time been investigated and found guilty, had either been suspended, de-ranked, sent on compulsory retirement or summarily dismissed.

“Under this administration and the leadership of retired Col. Hameed Ali, we have seen the full enforcement of laid down rules in the service.

“As such, we have been able to cut down on culpable behaviour among officers and this has impacted greatly on the level of revenue generation,” he said.

On other measures put in place to fight corruption, Bomodi said the service was working toward ensuring full automation of the service.

He said the service already had a concession agreement with Trade Modernisation Limited to help with the automation process.

“The concession agreement spans 20 years and for every era, there are certain deliverables that are ascribed to it.

“When you talk about full automation of all our services, you are talking about pre-clearance, clearance and post-clearance.

“You are talking about introducing some facilities that prior to this time did not exist.

“The way modernisation works is that it is going to incorporate all of our functions into one platform to make it easy for officers anywhere in the country to access anything that is happening,” he said.

The spokesperson said with automation, transactions could be viewed in real time, making it easy to trace any form of compromise.

He said with the level of infrastructure and technical know-how required in the project, Huawei, one of the leading Information Communication Technology (ICT) companies, would be providing technical support.

“The whole modernisation process is hung on ICT and Huawei has shown that they have the capacity to actualise this project.

“With the automation process, at the click of a button, if I want any information from Lagos for instance, I will get it.

“We are already making a transition as officers are being trained locally and internationally and some of the equipment are beginning to arrive.

“The fantastic thing about the modernisation process is that we are using multiple layers of interaction to get data.”

Bomodi said the layers of interaction it would deploy to get data include geo-spatial information, information from drones, and body cameras among others.

He said the full automation, besides fighting corruption, would ensure more secured borders and more revenue generation among others.

Bomodi said beyond punishing culpable officers and ensuring full automation, the welfare of staff had been greatly improved upon to serve as incentive.

He said, remuneration was alot better than it used to be and officers could attest to it.

According to him, with such remuneration, officers still involved in fraudulent practices are doing so at their peril, as they will be punished when caught.

Microsoft Outlook and Teams down for thousands around world