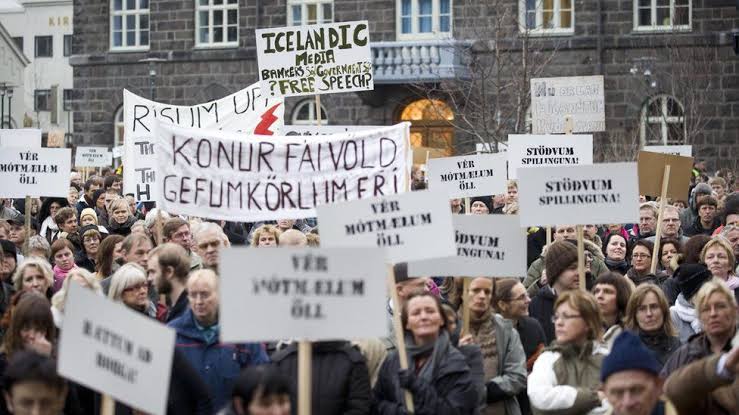 Europe is in turmoil. The world has been shaken. Uncertainty pervades the globe in the face of the invasion of Ukraine. Yet it is said that it is darkest before the dawn. That dawn should come now, in the form of a clear demonstration that there is a systematic, reliable, effective way to create peace through peaceful means. Quietly, over many years, Invincible Defense Technology (IDT) has been effective in ending war and violence in Mozambique, Cambodia, Peru and Ecuador. With the looming global crisis, now is the time for prompt, peaceful action.

Iceland’s President Guðni Thorlacius Jóhannesson should take the lead in promoting true peace in global affairs by directing his Ministry for Foreign Affairs to expand its para-military civilian peacekeeping Iceland Crisis Response Unit (ICRU). The extra added personnel would form what is called in defense circles a Prevention Wing of the Military. As standard policy their civilian ICRU personnel would immediately be trained as Invincible Defense Technology (IDT) experts.

This powerful brain-based IDT technology operates on the level of what physicists call the unified field of all the laws of nature – a level a thousand million million times more powerful than the nuclear force. IDT supersedes all other defense technologies. However, the IDT system cannot be used for nefarious purposes against any country. When it is deployed it creates an immediate and measurable effect of calm, order, and social harmony.

As demonstrated in numerous situations in the past, a large, organized and properly trained group of individuals deploying IDT calms national and international tensions and cuts off the roots of war – the stresses accumulating globally and between nations. Any country that deploys IDT will have a profound, positive and immediate influence on a global scale that will benefit ALL countries.

An online video, “An Important Message for All Military Leaders” by John Hagelin, a Harvard-trained Ph.D. quantum physicist, explains in detail how IDT accomplishes these goals.

What is IDT? IDT consists of large groups practicing the non-religious, evidence-based, peace-creating Transcendental Meditation®️ (TM) and advanced TM techniques that harness group brain power. This approach is a scientifically verified and field-tested means to defuse societal tensions. The deployment of the technology results in a super-radiance field effect that radiates orderliness and harmony in the proximity of the group and, with sufficient numbers, for the entire globe.

The high level of international tension from the Ukraine invasion could quickly escalate into a global catastrophe.

However, deployment of IDT on a large scale by training ten thousand volunteers in the ICRU will create a powerful global influence of peace and defuse the international stresses at the root of the Russia/Ukraine crisis. Past experience has confirmed that national leaders, influenced by this calming global field effect, demonstrate a new-found ability to work together to find solutions. Otherwise intractable conflicts, civil wars, and global strife, crime, and terrorism have all yielded in the past to the timely introduction of IDT into war zones and areas of social turbulence and violence.

Extensive scientific research indicates that deployment of IDT by either a military or civilian group (such as the one being established in Cambodia: Google “Group practice of Transcendental Meditation dramatically reduced violence in Cambodia, new study shows”) can create the conditions for all people to enjoy peace. An article by Lt. Gen. Clarence E. McKnight Jr. (U.S. Army, Ret.), Dr. David Leffler, Duncan Brown, Dr. Carla Brown, and Arlene J. Schar, titled “A Humane Approach Towards Peace” and published by OpEdNews, explains this peer-reviewed research in more detail and lists 19 studies conducted on IDT.

How can such small numbers have a global effect? A simple example from the kitchen shows that when a pot is boiling over, just a few drops of cold water instantly calms the eruption.

Higher numbers of participants have been shown to produce greater results. With the world’s population currently at 7.9 billion, a group of 10,000 advanced TM meditators (representing more than the square root of 1% of the world’s population) would be able to produce profound positive effects on a global scale. If a large enough ICRU group were trained in this technique, the positive global impact would be enormous.

IDT is currently in various stages of local deployment in many nations worldwide. Given the powerful evidence demonstrating the ability of IDT to create peace through peaceful means, we call on the intelligence, foresight and courage of President Jóhannesson to now deploy a large, fully operational IDT group capable of creating a positive impact for the entire global family, eliminating the threat of nuclear war that now hangs over humanity. (See Google search on “New Solution for Latin America: Transforming Lives and Changing Nations.”)

Economically, this approach is highly cost effective: less than the cost of 2-3 modern fighter jets. And along with the influence of peace comes the influence of prosperity, as past deployments have demonstrated.

Traditionally, peacekeepers are highly disciplined and bring much needed organization to disrupted societies. By assembling the world’s first globally targeted IDT group, President Jóhannesson has the strategic opportunity to bring honor to Iceland and to foster permanent world peace – a lasting boon for all humankind. The Nobel Peace Prize and the gratitude of all humanity awaits him who brings perpetual peace to our troubled planet.

We encourage President Jóhannesson to act without delay. As the great leader of Iceland, you have the ability and responsibility to establish and deploy IDT now. History will record you as a visionary leader. And with your prompt action, a new world of peace, prosperity, and plenty will be assured for all generations to come.