Findings Over Kuje Prison Attacks Concluded But Not Yet Public Document; FG Confirms 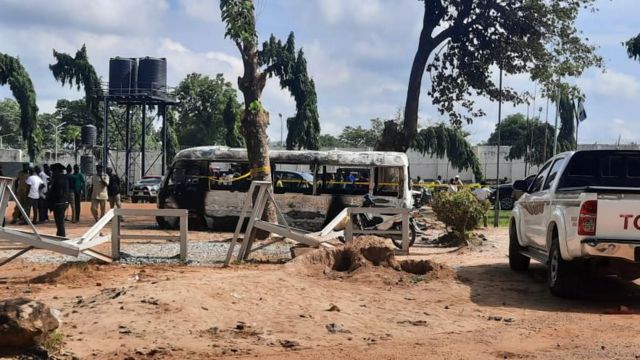 The Federal Government has confirmed that investigations into the attacks on Kuje Correctional Centre in which 600 inmates escaped have been concluded.

Minister of Interior, Rauf Aregbesola stated this on Tuesday in Abuja at the fourth edition of the PMB Administration Scorecard 2015-2023 Series, organised by the Ministry of Information and Culture.

Aregbesola however said that details of the investigation would not be made public, “as it is still a security document”.
Terrorists had struck at the Medium Correctional Centre, Kuje, Abuja on July 5, 2022. It was confirmed that all Boko Haram commanders who were being held at the facility had been freed.
The minister said some of the escapees had been recaptured and returned to the centre, while efforts were on to arrest other escapees.

According to him, the greatest legacy of the Buhari administration was the degrading of insurgents and retaking of areas hitherto under their control.

“In 2015, the insurgents were holding territories in some local governments in Adamawa, Borno and Yobe States.

“But as we speak, they have been dislodged. Yes, there are challenges here and there, but there is no nation without challenges,’’ he added.