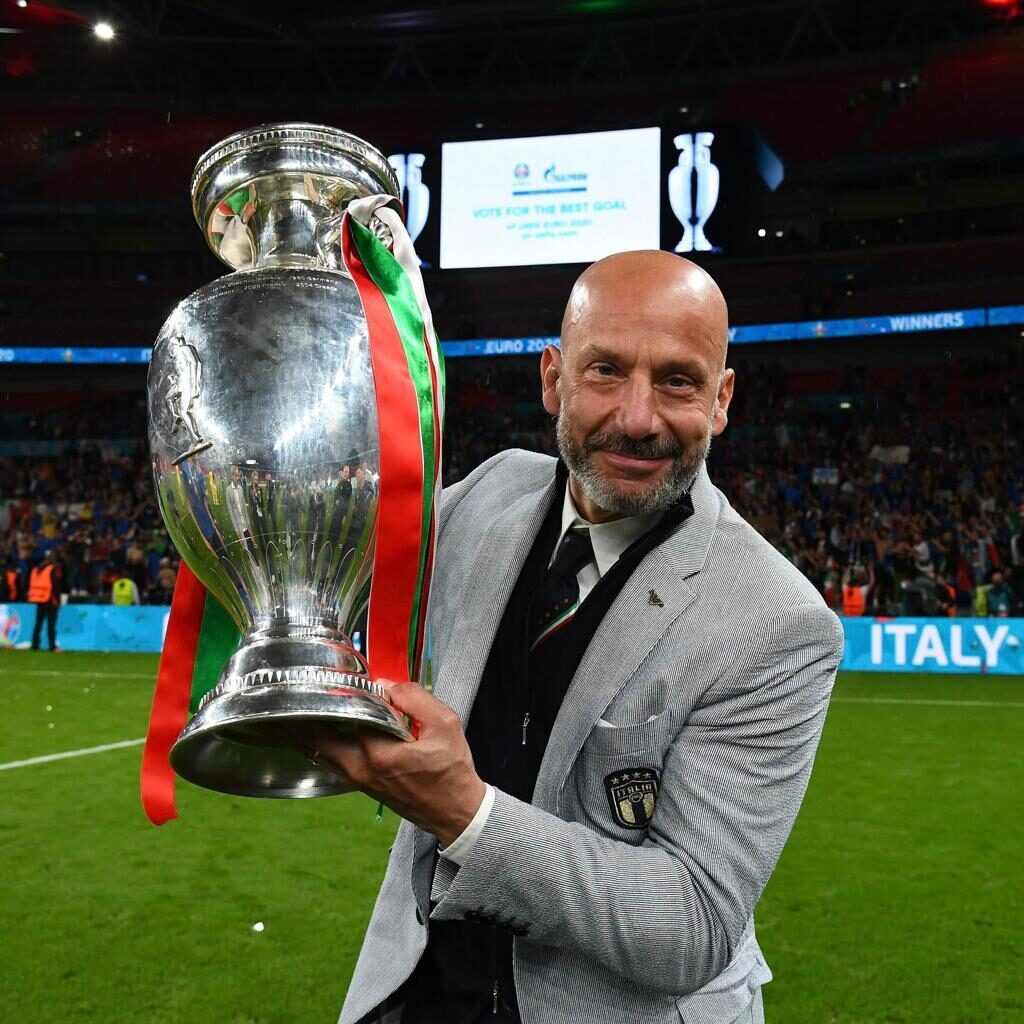 Former Chelsea striker and manager Gianluca Vialli has died at the age 58.

The Italy international was diagnosed with pancreatic cancer in 2017. In April 2020 he said he had been given the all-clear but re-diagnosed in 2021.

He announced a temporary leave from his role with the Italian national team in December to focus on his health.

“Gianluca was a splendid person and he leaves a void that cannot be filled,” said Italian Football Federation (FIGC) president Gabriele Gravina.

“I hoped until the end that he would be able to perform another miracle. Yet I am comforted by the certainty that what he did for Italian football and the blue shirt will never be forgotten.”

The FIGC confirmed that a minute’s silence in memory of Vialli will be held before all Italian matches this weekend.

Vialli played 59 times for Italy, making his debut in 1985, a year after joining Sampdoria where he would win the Serie A title and European Cup Winners’ Cup during eight seasons with the club.

Sampdoria said in a statement: “We won’t forget your 141 goals , your overhead kicks, your cashmere shirts, your earring, your platinum blonde hair, your Ultras bomber jacket. You gave us so much, we gave you so much: yes, it was love, reciprocal, infinite. A love that will not die today with you.”

Vialli helped Sampdoria reach the 1992 European Cup final but after losing to Barcelona, he moved to Juventus for a then world record fee of £12m. Vialli spent four seasons with Juve, winning the Champions League, Uefa Cup and Serie A titles.

A Juve statement said: “We loved everything about you, absolutely everything – your smile, your being a star and leader at the same time, on the pitch and in the dressing room, your adorable swashbuckling ways, your culture, your class, which you showed until the last day in the black and white stripes.”

Vialli joined Chelsea on a free transfer in 1996 and became player-manager in 1998 – the first Italian to manage a Premier League side, taking over from the sacked Ruud Gullit late in the season – and went on to lead the Blues to victory in the League Cup, Uefa Cup Winners’ Cup and Uefa Super Cup.

He also guided Chelsea to victory in the 2000 FA Cup final and Charity Shield but was sacked early in the following season after a poor start.

A Blues statement said: “A brilliant striker, a trophy-winning manager and a wonderful man, Luca’s place in the pantheon of Chelsea greats is assured. He will be deeply missed.”

Vialli then had a short spell as manager of Watford, then in the second tier, during the 2001-02 season but was dismissed after the Hornets only finished 14th.

In October 2019 he was appointed to Italy’s backroom staff by manager and former Sampdoria team-mate Roberto Mancini. He helped the Azzurri win Euro 2020 with victory over England at Wembley in July 2021.

A FIGC statement said: “That photo on the Wembley lawn, that hug with coach Roberto Mancini after Federico Chiesa’s goal against Austria in the round of 16 of the 2021 European Championship, will be one of the images of Gianluca Vialli that we will carry in our hearts forever.”