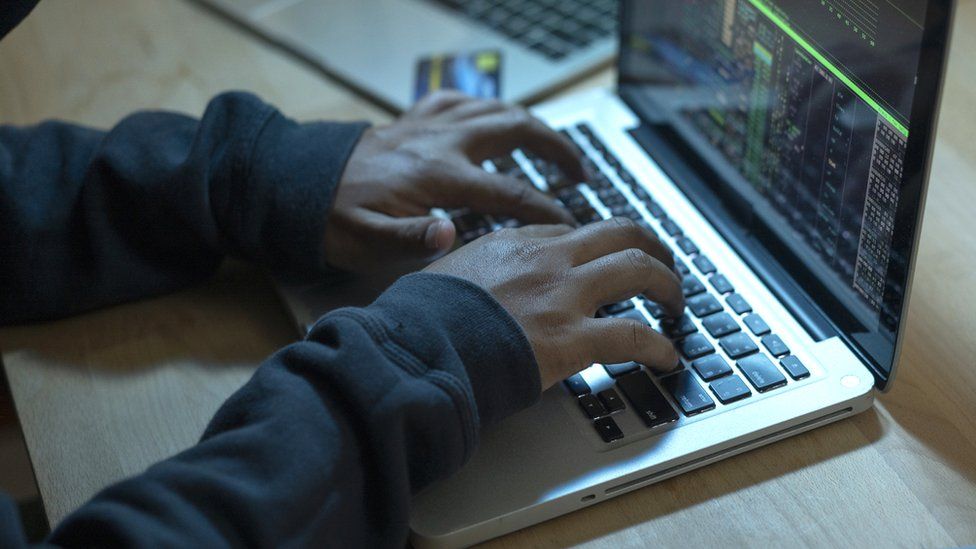 The UK tax authority has seized three Non-Fungible Tokens (NFT) as part of a probe into a suspected a VAT fraud involving 250 alleged fake companies.

HM Revenue and Customs (HMRC) said three people had been arrested on suspicion of attempting to defraud it of £1.4m.

The authority said it was the first UK law enforcement to seize an NFT.

NFTs are assets in the digital world that can be bought and sold, but which have no tangible form of their own.

The digital tokens, which emerged in 2014, can be thought of as certificates of ownership for virtual or physical assets. NFTs have a unique digital signature so they can be bought and sold using traditional currency or crypto currency, such as Bitcoin.

How do NFTs work?

Traditional works of art such as paintings are valuable precisely because they are one of a kind, but digital files can be easily and endlessly duplicated.

With NFTs, artwork can be “tokenised” to create a digital certificate of ownership that can be bought and sold. The tokens can represent a range of real-world objects such as artwork, music and videos.

As with crypto-currency, a record of who owns what is stored on a shared ledger known as the blockchain.

The records cannot be forged because the ledger is maintained by thousands of computers around the world. NFTs can also contain smart contracts that may give the artist, for example, a cut of any future sale of the token.

In theory, anybody can tokenise their work to sell as an NFT but interest has been fuelled by recent headlines of multi-million-dollar sales.

The picture, dubbed Side Eyeing Chloe, shows young Chloe Clem giving a disapproving look after her mother reveals a surprise trip to Disneyland.

HMRC said the suspects in its fraud case were alleged to have used “sophisticated methods” to try to hide their identities including false and stolen identities, false addresses, pre-paid unregistered mobile phones, Virtual Private Networks (VPNs), false invoices and pretending to engage in legitimate business activities.

Nick Sharp, deputy director economic crime, said the first seizure of an NFT “serves as a warning to anyone who thinks they can use crypto assets to hide money from HMRC”.

“We constantly adapt to new technology to ensure we keep pace with how criminals and evaders look to conceal their assets.”

HMRC said it had secured a court order to detain the seized crypto assets worth about £5,000 and three digital artwork NFTs, which have not been valued, while its investigation continues.