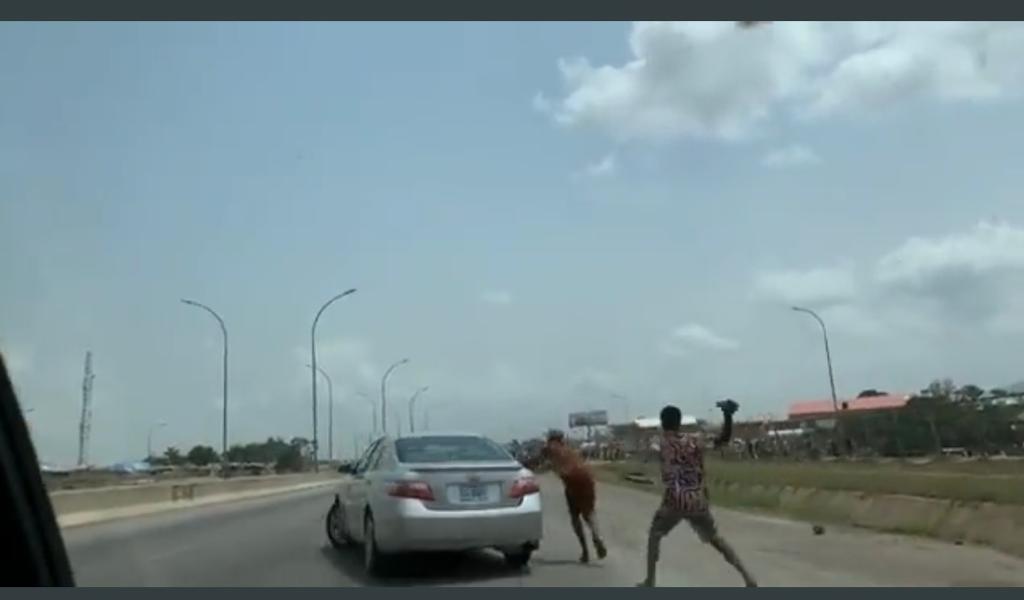 A video has surfaced online the emergency moments when hoodlums trooped to the Zuba Highway in Abuja to attack motorists during Wednesday’s clash between traders and okada men.

NPO Reported earlier that hoodlums had set building materials worth billions of Naira ablaze in the Abuja International Building Materials Market Dei Dei after an accident an okada rider where the head of a woman was crushed.

The accident had snowballed into ethnic violence with Igbo traders accusing the mostly Hausa dominated Okada riders of being behind the burning of their goods.

Many of the hoodlums had trooped to the main road attacking motorists. Some of the motorists were seen making hurried u-turn to avert being caught in the mayhem.

The hoodlums were seen smashing car windscreens and throwing other dangerous objects at the car owners.