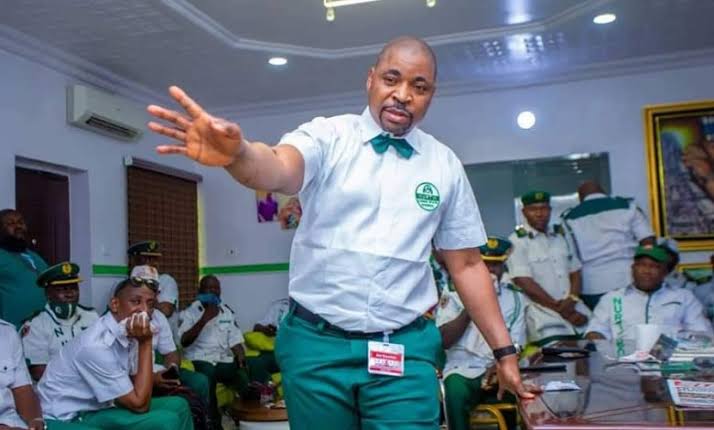 Former Chairman of the Lagos council of the National Union of Road Transport Workers (NURTW) Musiliu Akinsanya has described as his sack and the dissolution of the council’s executive as laughable.

The national body of the Union on Wednesday announced the sack of Akinsanya, popularly called MC Oluomo and appointed the Secretary as interim head of the union in Lagos.

The union said Oluomo was sacked based on the provisions of the union’s constitution.

Reacting to the development, Oluomo said that it is laughable as all the union members in Lagos have pulled out of the national body.

He also asked why the NURTW President is acting outside the constitution, adding that the dissolution doesn’t make any sense.

“That is part of the maladministration of the President that we talked about in our former briefings. The dissolution doesn’t make any sense. However, people must know that we do not have any problem with the national body but the President,” Oluomo said

“We will be waiting to see how the person appointed to run the affairs of the union will act. The union has already been suspended. Is the national body saying they are more powerful than the state government? Announcing the sack of people already pulled out of the national body is a joke as it is also laughable.”