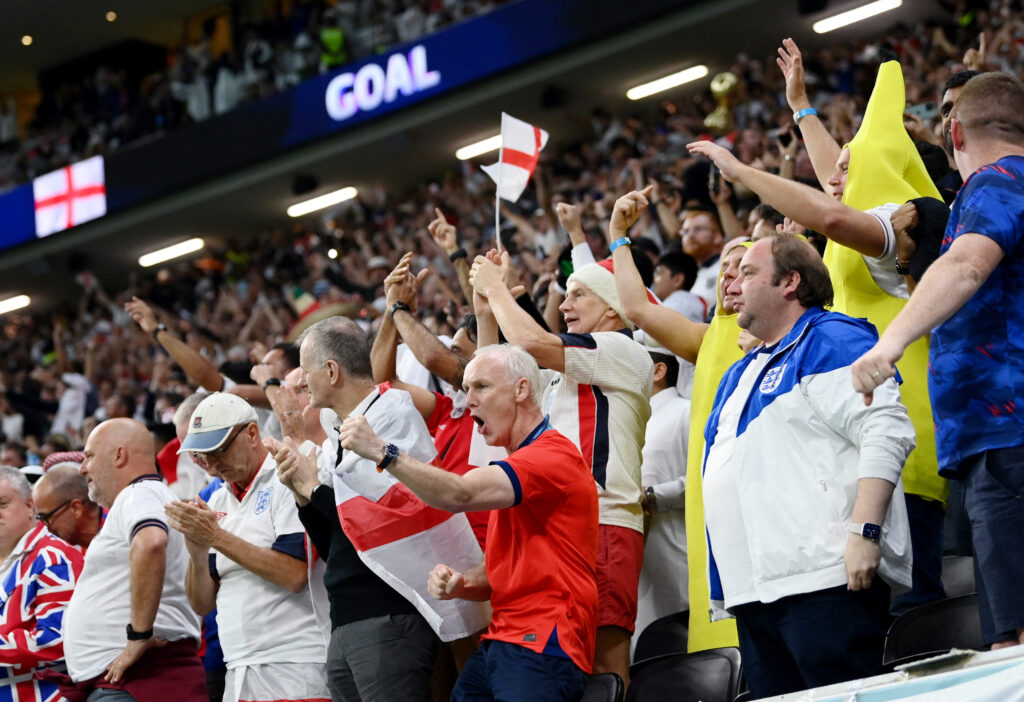 British soccer fans at the World Cup in Qatar behaved impeccably and none were arrested at the global tournament, the UK’s football policing lead said.

“The behaviour of England and Wales out in Qatar was absolutely exemplary,” Chief Constable Mark Roberts of Cheshire Police was quoted as saying by USA Today on Thursday.

“Throughout the home nations’ involvement in the tournament there were no arrests or incidents to report, which is a credit to all those who travelled.”

During the 2018 World Cup in Russia, three arrests were made. But Wales joining England in the tournament this time doubled the number of group-stage games played by British teams including a derby match, in which England beat Wales 3-0.

“I would also like to praise all the UK officers who traveled out to Qatar for the work they have done in helping to keep British nationals safe during the past four weeks,” Roberts said.

“Traditionally we do have few arrests of our fans at World Cups, but to have zero isn’t something we have seen before.”

Many were quick to point to the difficulty of acquiring alcohol, which is tightly controlled in the Muslim nation, as the reason British fans avoided trips to Qatari jails.

“It would be wrong to entirely attribute this excellent behaviour to the restrictions on alcohol in Qatar, but I do think it has helped to some degree,” Roberts said.

Wales failed to advance past the group stage and England were knocked out in the quarterfinals by France, who face Argentina in Sunday’s final.

Naira Swap: I Regret Not Signing The Warrant For Emefiele’s Arrest; Gbajabiamila Says