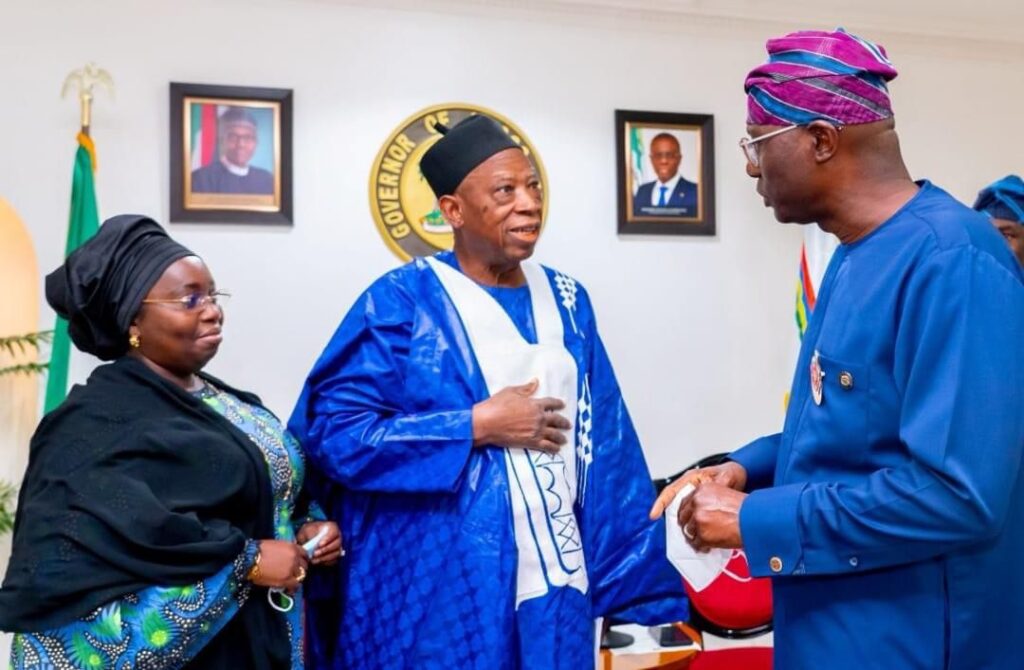 The chairman of the All Progressive Congress reconciliation committee Senator Abdulahi Adamu has confirmed that there was no petition from Lagos state chapter of the party.

This is in spite of alleged cases of internal bickering within the APC.
Three chairmen emerged for the party in the state during the last Congress.
However, one of the factions led by Jide Adediran Lagos4Lagos, has joined the People’s Democratic Party.
A third faction is believed yo be loyal to formal Governor, Akinwumi Ambode.
Lagos State Governor, Mr. Babajide Sanwo-Olu, while hosting the committee in his office on Thursday, charged members to unite all party members in the country.

The Governor assured that the citizens will enjoy the dividend of democracy, which is a major essence of government, maintaining that with APC, the benefits can be seen in all the nooks and crannies of the country.

He said: “We are happy that the Caretaker and Extraordinary Convention Planning Committee headed by his Excellency Mai Mala Buni has put together this committee and I believe it is in tandem with the fact that as a big family, we would have different ideas, expectations or different intentions as to how things are being run in our various states and I know fully well that there are States where we need to come together and resolve our issues collectively.

“We are lucky in Lagos that there is no petition. It is not that we are better than States that do have but because indeed this is a party to beat and it is a party that everybody wants to be identified with.

“It is normal that people might have different expectations and different ways in which things need to run in their various states and so I believe that the assignment and terms of reference of the committee speak to the real essence of the constitution and the real ethos of party politics.

“Given the caliber of eminent Nigerians and members serving on the Committee, I am certain that the outcomes of these interventions that you have taken up will be very fruitful and the outcome will further strengthen unity in the party and will further deepen democracy in our country.”

Governor Sanwo-Olu commended the chairman and members of the APC National Reconciliation Committee for accepting to serve the party.

Speaking earlier, Senator Abdullahi said his committee was in Lagos to seek advice from Governor Sanwo-Olu and stakeholders in the State and not for any reconciliation because there was no petition from Lagos to the national body.

He commended Governor Sanwo-Olu and APC stakeholders for the peace within the party in the State, advising other states to emulate Lagos.

“We appreciate the reception of Governor Babajide Sanwo-Olu. I am happy and I speak for the members of the committee. There is no petition from Lagos State. We are all family and there is no complaint of anything regarding the relationship between the members and stakeholders.

“This is encouraging and this kind of state of affairs does not just come by accident, it goes to show the extent to which his Excellency (Governor Sanwo-Olu) and his team have been able to manage the party’s affairs in the state, how they have been able to advance the interests of the very complex party membership in Lagos. We commend you and the people, particularly party members,” he said.