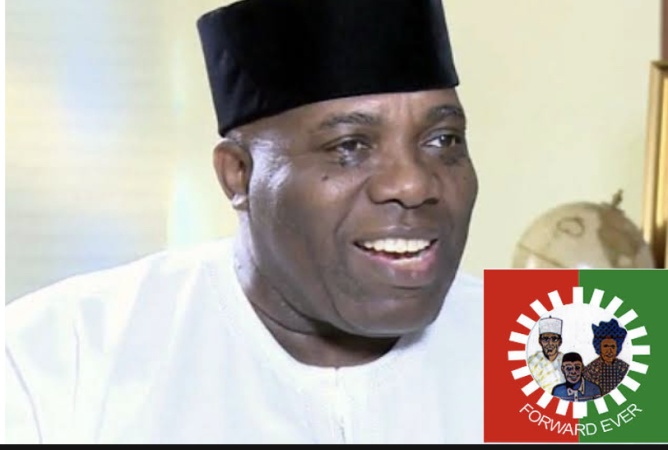 The leaders disclosed this in a press statement which was released in Abeokuta and made available to the NPO Reports on Friday.
The statement noted that the decision was reached at the end of an emergency leadership and stakeholders’ meeting held in the State Capital, Abeokuta

“The party decided to axe these officers for various offences bothering on connivance with other parties, especially the ruling All Progressives Congress, APC government in the State to thwart the aspirations of Labour Party candidates in Ogun State as well as their various gross public misconducts and anti party activities”.

“The National Secretariat of the Party, under the leadership of Comrade (Barr) Julius Abure through the National Secretary, Mallam Farouk Ibrahim on Tuesday handed a major query and caution to the Acting National Publicity Secretary, Mr Arabambi Abayomi for his public misconduct and incitement of a faction of the State Executives led by Michael Ashade and Michael Feyisola against the National leadership of Labour Party and its Presidential Campaign Council (PCC).

“Furthermore, the State Governorship Candidate of Labour Party, Hon Kehinde Sogunle
yesterday in a major SOS to the DSS in Ogun State alleged a threat to his life from Feyisola,Tade Afolabi and Tolu Philips based on his disagreement with them over the shoddy handling of the legal matters of Labour Party Candidates in the State over the listing of Ogun State Candidates for 2023 elections by INEC”.

“We consider their recent vituperation and interventions as scenes from their theatre of the absurd and their last dance of the macabre by making such insensitive, uncouth and laughable announcements on severely faulted and faultable premises”.

“We dissociate ourselves and condemn its utterances and import in its entirety and declare it undemocratic, unreasonable, capable of threatening the peace and the democratic space of the country and of no substance and effect whatsoever”.

Jagun and others urged the National leadership of the party to set up disciplinary panel to probe the activities of the suspended members.

They also recommended the replacement of Arabambi as the Acting National Publicity Secretary.

“The Party, therefore, has directed both Ashade and Feyisola, Former State Chairman and Secretary respectively and their cohorts to immediately hand over all party valuables and documents in their possession and make themselves available to a disciplinary panel that is recommended to be set by the National Party Leadership on the National and International embarrassment being caused to the party”.

“We also strongly recommend to the National Party leadership, the immediate replacement of Mr Arabambi Abayomi as the Acting National Publicity Secretary to save the party of further embarrassment and crisis”

“The party leadership in the State requests the National Leadership of the Labour Party to immediately direct Arabambi to hand over and hand off all matters in court on the listing of Labour Party candidates names for the 2023 elections to prevent electoral failure of the party in Ogun State as there are strong evidences that he and others in the State Exco are working in cahoot with the ruling APC government in Ogun State to frustrate and thwart the effort of the leadership of the Labour Party to have INEC list formidable candidates in Ogun State,” the statement added