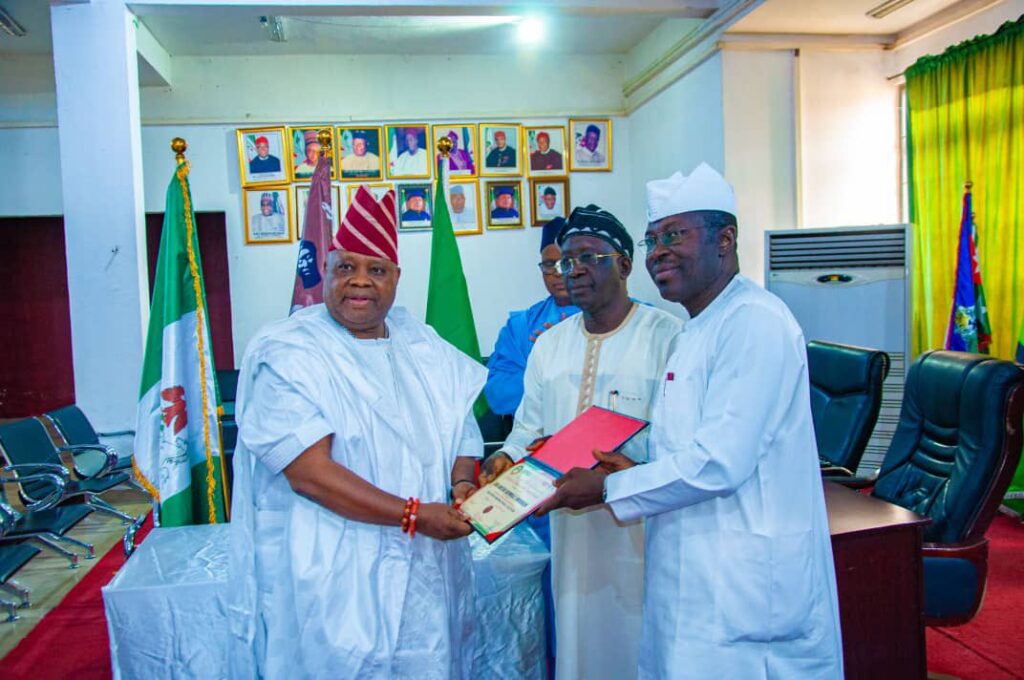 The National Working Committee of the Peoples Democratic Party on Thursday presented a certificate of returns to Senator Demola Jackson Adeleke, one of the two candidates who emerged from the parallels primaries held in Osun on Tuesday.

The certificate was presented to Adeleke by the National Chairman of the party, Dr. Iyorchia Ayu.

Prince Dotun Babayemi had also emerged from another primary held at the Women Development Centre, Osogbo and was attended by former Governor, Olagunsoye Oyinlola.

With this development, it is further confirmed that Sen. Ademola Adeleke would slug it out with the ruling party’s candidate in the state in the July 16th Governorship election.