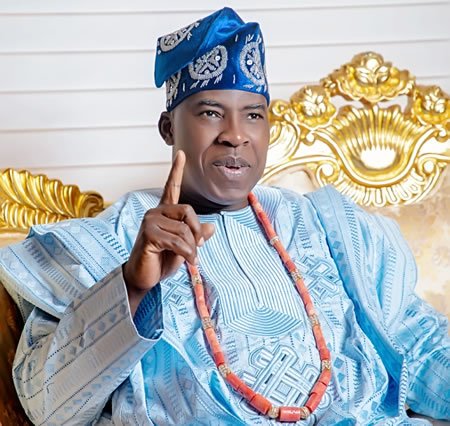 A factional governorship candidate of the Peoples Democratic Party (PDP) in Osun, Prince Dotun Babayemi, says workable
mechanism to reconcile aggrieved interests is ongoing by elders and stakeholders of the party.
Babayemi, in a statement by his media Aide, Deji Kayode, on Tuesday in Osogbo, said that reconciliation was one of the surest ways of guaranteeing the success of the party before, during and after the July 16 gubernatorial election in the state.
The party, had, during its governorship primary on March 8, held parallel primaries.
At one of the primaries held at the Osogbo City Stadium, under the supervision of Deputy Governor of Bayelsa, Lawrence Ewhrudjakpo, as Chairman of the Osun Governorship primary, Sen. Ademola Adeleke was declared the winner.
While at another primary held at the Women and Children Development Initiative Foundation (WOCDIF), Osogbo, Dotun Babayemi, was declared the winner.
Babayemi, however, said that as the party’s torchbearer in the state, he would intensify efforts at reaching and bringing everyone to the table for “our desired success to be achieved”.
He added that since his emergence, he had been moving round the state to preach peace among party members, stressing that the response had been encouraging.
Babayemi further said that a committee would soon be put in place to ensure that total peace and normalcy return to the party before the governorship election.
According to him, the people of the state in general, are eagerly awaiting a new administration of the PDP to be headed by him as the governor, charging that all hands must be on deck not to circumvent it.
“By the grace of God, we are some metres away from reaching our goal of taking over from the APC in the state.
“Our people have had enough of their mis-governance which has continued to have telling effects on them in all spheres of life”, he said.
He also called on the people of the state to continue to be law-abiding by always maintaining peace and order, adding that “without peace, nothing can be achieved”.