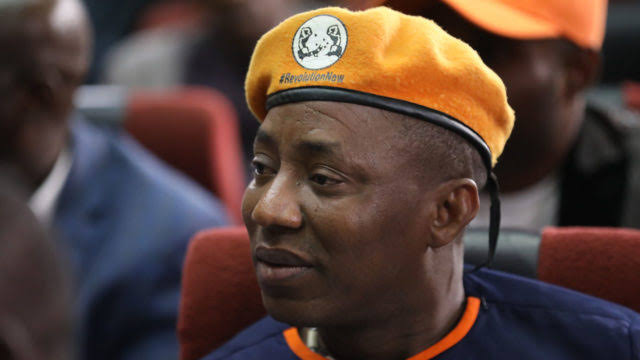 The Police Command in the Federal Capital Territory (FCT), on Friday confirmed the arrest of one Abubakar Marshall, who stood as surety for Mr. Omoyele Sowore following his arrest over a defamation case.

The Police Public Relations Officer in the FCT, DSP Josephine Adeh, confirmed the arrest to newsmen in Abuja.
Sowore, the publisher of Sahara Reporters, was arrested on Feb. 24, following a petition of criminal defamation, injurious falsehood publication of news known to be false, against him.

Adeh said Marshall stood as surety for Sowore after he was granted an administrative bail with a promise to produce him the on Feb. 25.
She said the surety was arrested and immediately charged to court following his failure to produce Sowore for investigation on an agreed date as he promised.
Adeh said Marshall’s arrest is in line with standard best practices.