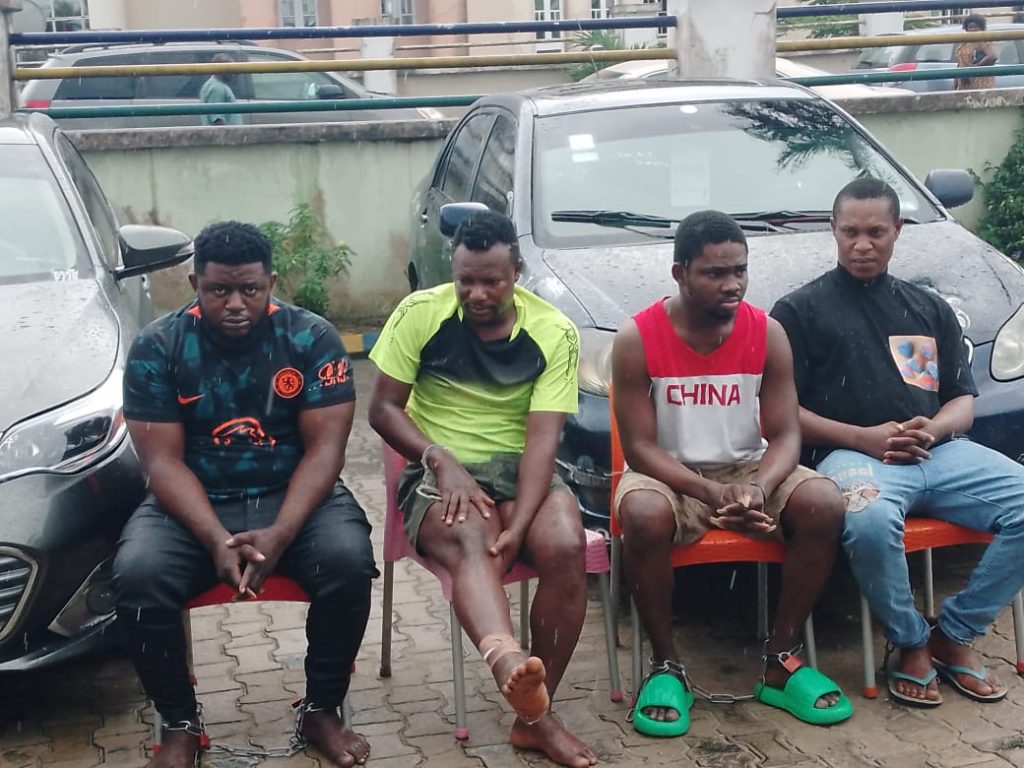 Speaking during the parade on Monday, Lyon Ewa said he is not part of the kidnap syndicate, adding that his mother was in the hospital during the operation.

He however admitted that he was given N1.5 million to identify the house of a victim.

“I’m not part of it (operations) I was misled to show them where this person is. I wasn’t involved in it,” he said.

“I’m not in the business.I didn’t approach Danjuma, I only went there to open an account.”

Lyon Ewa also admitted that he was given N3.5 million for the kidnap of another victim identified as Hakeem.

“I didn’t play any role in Hakeem’s kidnap, I just showed them his house. We were driving and I pointed to the house. It was my former boss’s house, that was it,” he added.

His alleged accomplice, who was identified as Emma, claimed that Lyon Ewa approached him and other gang members with the proposal to kidnap Hakeem and Danjuma.

“He is lying. I didn’t give him money, it wasn’t me that gave him money. I don’t know those people from anywhere. He is the one that worked with them, I don’t know anything about them,” he said.

“He was the one that brought the Hakeem and Danjuma jobs. If anyone can reason, someone that brought a job would have more money than any other person, so why is he lying?

“He brought the job on the basis that they sacked him from work and they have money, so let’s kidnap them. Heaven knows I know nothing about those people.”

Lyon Ewa was arrested on Saturday in the federal capital territory (FCT).