POS Operator Who Received Ransom For Kidnappers Arraigned in Lagos 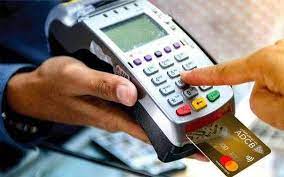 A Point-of-Sale operator, Thomas Success, who allegedly received a ransom on behalf of kidnappers, was on Monday, arraigned at an Ebute Meta Chief Magistrates’ Court in Lagos State.

Success, 30, who was arraigned on a two-count charge of receiving ransom and stealing, however, pleaded not guilty to the offences.

The Prosecutor, Insp Jacob Samuel, told the court that the defendant had committed the offences in the month of August 2021, at Ikorodu area of the state.

He alleged that the defendant had received the sum of N500,000 with his POS machine knowing same to be proceeds from the kidnap of the late Mr. Chizoba Samuel.

The alleged offences, the prosecutor said, contravened Sections 287 and 406 of the Criminal Law of Lagos State, 2015.

The Magistrate, Mrs O.O. Akingbesote admitted the defendant to bail in the sum of N50,000 with two sureties each in like sum.