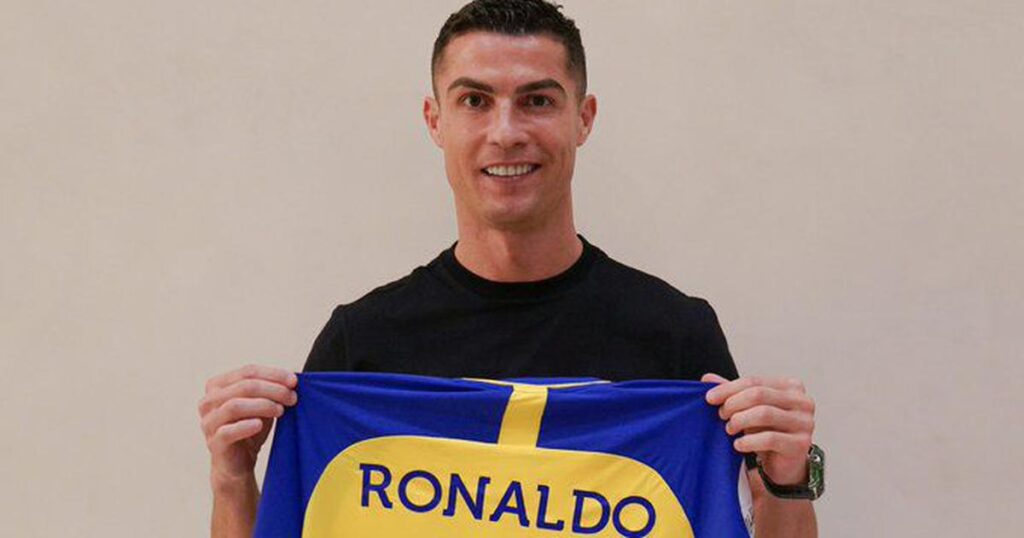 Cristiano Ronaldo on Friday signed for Al Nassr of Saudi Arabia, the club announced, in a deal believed to be worth more than 200 million euros.

“This is more than history in the making,” the club wrote on Instagram late Friday while confirming the deal.

“This is a signing that will not only inspire our club to achieve even greater success but inspire our league, our nation, and future generations, boys and girls to be the best version of themselves. Welcome @cristiano to your new home @alnassr_fc.”

“I am eager to experience a new football league in a different country. Al Nassr Club’s vision is very inspiring,” the Saudi outfit quoted Ronaldo as saying.

The Portuguese star was pictured on the Al Nassr Twitter feed holding a blue and yellow shirt with his favoured number seven printed on the back.

The 37-year-old left Manchester United last month following an explosive television interview in which the forward said he felt betrayed by the Old Trafford club and did not respect their Dutch Manager,Erik ten Hag.

He went on to score a club record 451 times for Real and has more than 800 senior goals overall for club and country.

The five-time Ballon d’Or winner also claimed two Serie A titles and a Copa Italia trophy in three years at Juventus before rejoining United with whom he had won three Premier League crowns, the FA Cup, two League Cups, the Champions League and Club World Cup.