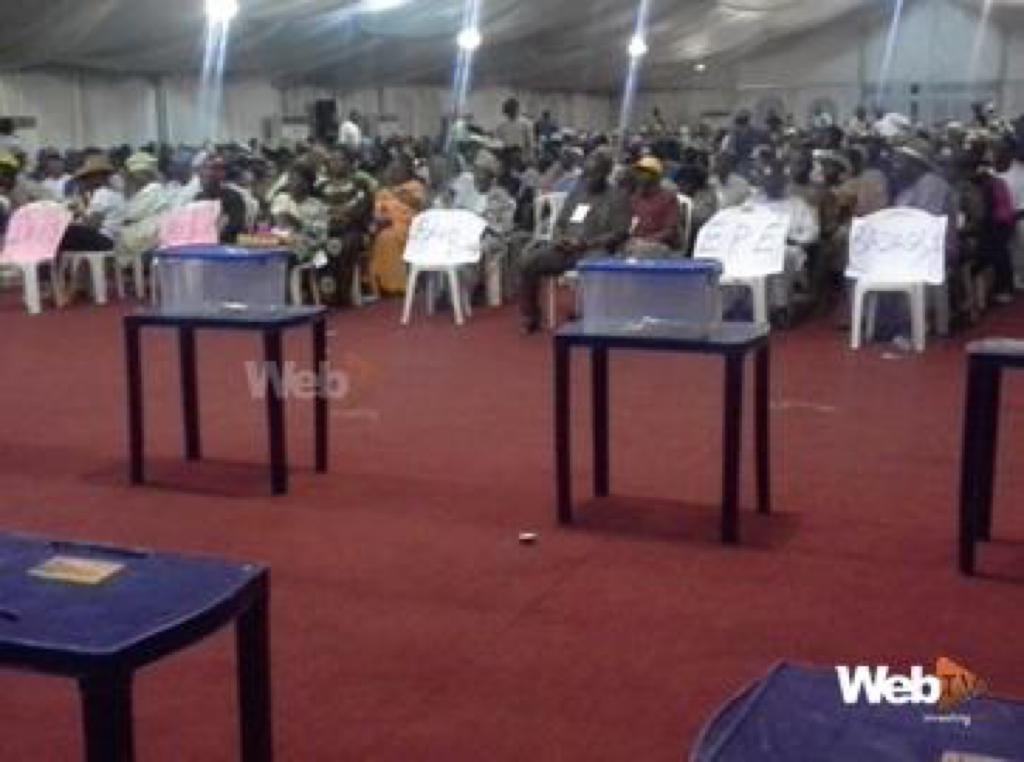 Six governorship aspirants of the Peoples Democratic Party are jostling for the party’s governorship ticket today in Lagos as heavy security is mounted at the venue of the primaries.
In the contest are Dr. Ade Dosunmu, Olanrewaju Jim- Kamal, Gbadebo Rhodes-Vivour, Olajide Adediran, Adedeji Doherty, and David Vaughan
The special congress is holding at the Haven Ground by Archbishop Vining Memorial Church Cathedral, Ikeja GRA.
The security personnel were strategically positioned at various entrances around the premises of the venue.
Several patrol vehicles and Armoured Personnel Carrier were also stationed at the access roads leading to the venue.
Some of the security agencies at the venue were the Nigeria Police, Department of State Security (DSS), Nigeria Security and Civil Defence Corps (NSCDC), Police Bomb Squad, Private Security among others.
One of the ad hoc delegates, Mr. Fatai Shodimu, said that his expectation was a peaceful conduct without any disruption and violence.
“We will not be violent, we will be peaceful. We believe our own candidate, Jandor (Olajide Adediran) will emerge as winner,” Shodimu said.
Also speaking, Mr. Samsudeen Arobieke, another delegate expressed optimism that the election would be smooth and peaceful.
NAN reports that the special state congress expected to start at 10a.m. was yet to start as at 2:00 p. m. of filing this report.
Members of the electoral committee who were to conduct the primary election were yet to come but delegates were moving around, expecting the accreditation to commerce.
The PDP is conducting a special state congress to produce party governorship candidate for the 2023 general elections in Lagos State.