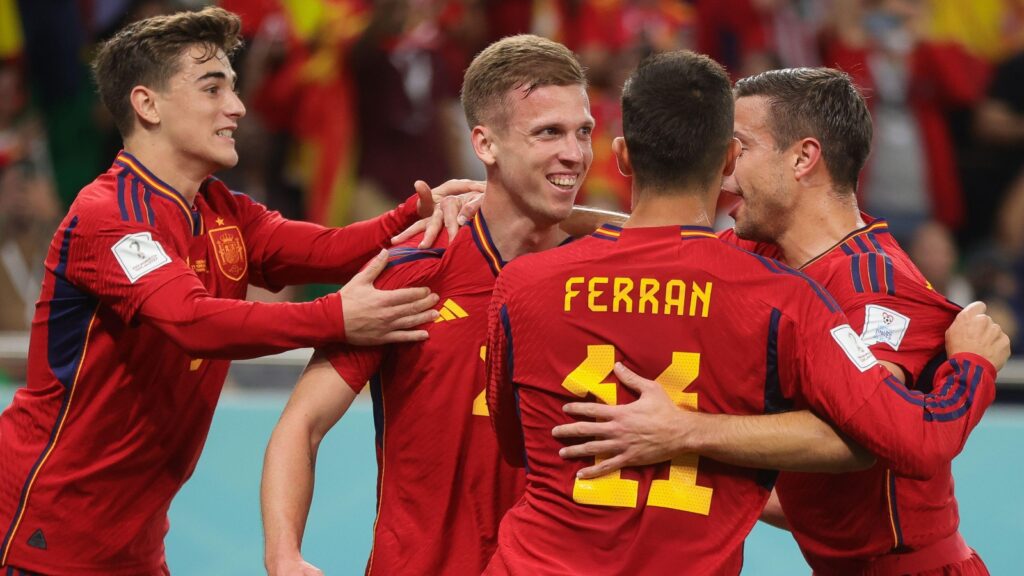 Dani Olmo scored the first of the seven goals in the 11th minute before Marco Asensio
scored the second goal in the 21st minute after been set up by Jordi Alba, Spains third goal came from the penalty spot after Jordi Alba was fouled and Ferran Torres converted the resulting penalty in the 31st minute .

Spain continued their demolition has Ferran Torres scored his second goal of the match and Spains fourth goal in the 54th minute. Gavi added Spains fifth in the 74th minute before Carlos Soler in the 90th minute and Alvaro Morata in 92nd minute scored Spains sixth and seventh goal respectively.

This is the most goal scored by a single team at the competition so far and in return puts Spain in a commanding position at the top of Group E .

Spain next takes on Germany on Sunday, and the German team would need not short of victory against this Spanish team if they are to stand any chance of progressing pass the group stage at Qatar.