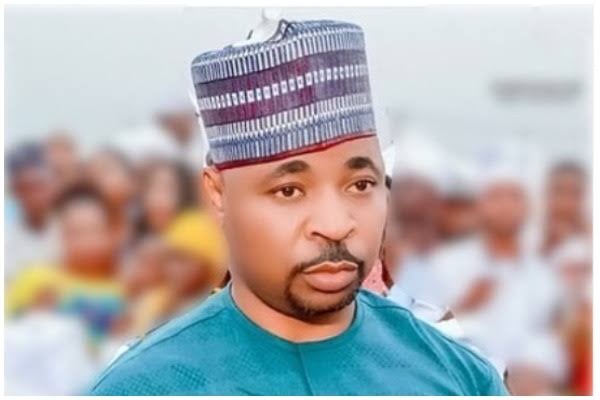 Tension is building up in Lagos over the status of the chairman of the state’s chapter of the National Union of Road Transport Workers, Musiliu Akinsanya.
While the national secretariat of the union said it has suspended Akinsanya, popularly known as MC Oluomo, his aide denied getting any letter to that effect.
MC Oluomo’s suspension was contained in a letter sent to him by the national body with regard to his recent conducts which the Union described as “a total disregard for the constitution governing members’ activities across the country.”
From a leaked letter drafted on Wednesday for Akinsanya’s suspension, the union claimed that the disciplinary action was in line with the constitution of the body.
It added that the state chapter chairman had violated the NURTW law severally.
This, it noted, had continued posing threats across the body’s branches in Lagos.
According to the letter signed by the General Secretary for the national body, Kabiru Yau, the Union promised to often ensure that the NURTW constitution remains sacrosanct and adhered to by members across the country.
Read the letter: “This is to convey to you that in line with Article 42 section 5, subsection I, II, III, IV, V, and VIII of the union’s constitution, you have been placed on indefinite suspension from office as State Chairman of Lagos State Council of National Union of Road Transport Workers (NURTW) with effect from March 9th, 2021.
“Your suspension is sequel to sustained acts of insubordination and gross misconduct coupled with your clandestine plans to instigate crisis and unleash mayhem on any branch or branches of the union in Lagos state that refuses to obey your order or instructions not to accept directives from the national headquarters of the Union.
“Your orchestrated plan to attack branches that may disobey your orders aforesaid will ultimately endanger public peace and order in Lagos state. It is also very likely to threaten and/or affect the lives and property of the peace-loving people of Lagos state, particularly those doing their legitimate businesses within motor parks, hence the urgent need to take drastic actions against him.
“It is on record that you were earlier issued with queries on 25th of February 2022 and 3rd of March, 2022 respectively in which you were directed to explain the circumstances surrounding your untoward actions and to also show cause why disciplinary actions should not be taken against you for such acts of insubordination. You bluntly neglected/refuse to respond to the second query, while your response to the first query was unsatisfactory.
“In view of your suspension, you are hereby directed to hand over the mantle of leadership of the Lagos State Council to the State Deputy Chairman and also surrender all Union properties in your possession to the State Secretary of the Union forthwith.”
However, Oluomo’s spokesman, Jimoh Buhari, said Oluomo remains the Chairman of the Union in Lagos State.

The letter dated March 9, 2022 and signed by NURTW General Secretary, Kabiru Yau, said MC Oluomo has been suspended indefinitely for gross misconduct amongst other offences. Yau subsequently directed MC Oluomo to hand over to his deputy.

But Buhari said his principal has not received any letter to the effect of the reported suspension.

He said, “As far as we are concerned, we are not aware of the suspension because we have not received any letter from the national leadership.

“A leader of an organisation cannot be suspended on social media.

“MC Oluomo is going into a meeting at the moment and he is going to chair the meeting. He remains Lagos NURTW chair.”

Among other allegations in the query dated February 14, 2022, Akinsanya was also accused of resorting to intimidation, harassment, and assault on the newly-appointed Chairman, Tricycle Owners and Operators Association of Nigeria, Azeez Abiola, aka Istijabah.

In his response, Akinsanya, who said he had successfully complied with his oath of office, refuted the claim that he instigated members of the union to assault Abiola.

He, however, noted that the legality of the TOOAN operations in the state is a subject of a suit pending before the National Industrial Court.

Akinsanya also refuted claims of engaging in acts of insubordination and anti-union activities in the state.