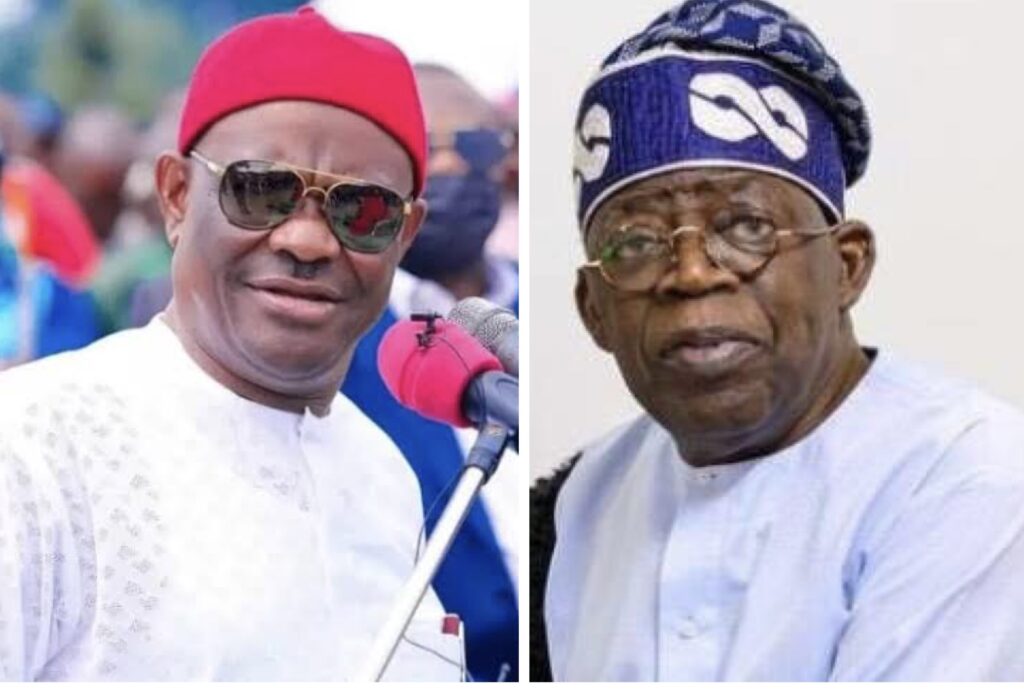 The presidential candidate of the All Progressive Congress Ahmed Bola Tinubu, has denied meeting with the Governor of Rivers State, Nyesom Wike in France.

Denying the meeting which had gone viral in the last 24 hours, Tinubu through his media office , said though he is in France as earlier announced to Nigerians, he has not met Wike.
“We have seen a viral social media post made by one of the chieftains of All Progressives Congress in Lagos State and media reports emanating from same about a supposed meeting in France between APC Presidential Standard-bearer, Asiwaju Bola Ahmed Tinubu and His Excellency, Governor Nyesom Wike of Rivers State.

It has become imperative to set the record straight. Although Asiwaju Tinubu is presently in France, he didn’t have any meeting with Governor Wike whether in that country or anywhere whatsoever,” the media office wrote late Friday evening

Saying Tinubu holds Wike in high esteem, the statement said the Tinubu has not foreclosed the possibility of such meeting in future given what it called the APC candidate’s cross-party appeals.
The statement also advised journalists to ensure confirmation of reports before publishing.
One of Tinubu’s loyalist Mr. Joe Igbokwe, had hinted of the meeting which he said took place in France.
Igbokwe had written “While they are on Social Media abusing everybody Gov Wike goes to France to meet Asiwaju. Abuse, calling names, hate and bigotry are no strategy. They hated and abused PMB since 2015 and now they have transferred the aggression to Asiwaju. We wait and see.”

Dino Melaye Challenges Keyamo into Debate,Vows To Break Him into Pieces