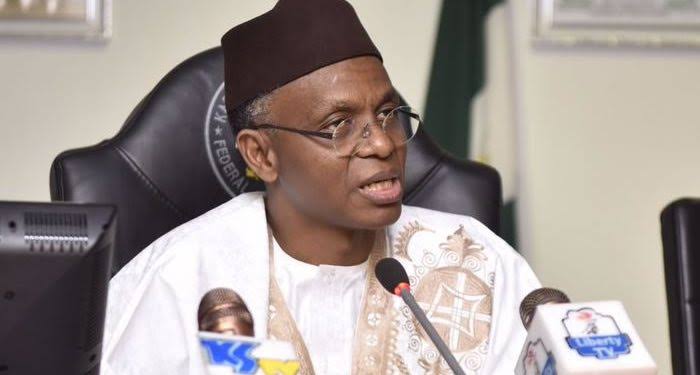 Governor Nasir el-Rufai of Kaduna State has said that he has secured the assurance of President Muhammadu Buhari against the festering insurgency in his state.

He was at the presidential villa Friday to brief the President on the happening in his state and the invasion by terrorists.
This was sequel to the attacks on a passenger train on Monday in Kaduna.
At least, nine persons have been confirmed dead from the attack where many were also shot and injured.
The governor appeared very sober when he came around to see the President.
While speaking with journalists, he said the president had reassured him that drastic measures were being taken to check the activities of terrorists and bandits in Kaduna state and beyond.
According to him, security agencies have been making frantic efforts to rescue victims of Monday night’s attack on a Kaduna bound train, from the hands of their abductors.
He disclosed that the president had reassured him that drastic measures were being taken to check the activities of terrorists and bandits in the state and beyond.
el-Rufa’i, who spoke in Hausa language, disclosed that the attack on the train was carried out by Boko Haram insurgents in collaboration with some bandits operating in Kaduna, Zamfara, Niger, Sokoto and Kebbi States.
“The President assured me that necessary steps would be taken on the matter and this thing will be brought to an end in few months, and security agents are already carrying out surveillance around where these criminals are and, by the grace of God, they will be rounded up.
“But as you know, the government will always take precautionary measures to safeguard the lives of citizens, therefore, except the victims are rescued unhurt, the Air Force and ground troops will not be able to confront the criminals. So to avoid any colossal damage, the captives have to be freed first,” he said.
The governor confirmed that the gunmen had contacted families of their captives, but yet to request for ransom.
“Well, the families of those kidnapped have been contacted while some of the captives themselves have called their loved ones, saying they are doing well and they are being taken care of. But the gunmen have not shown any sign of collecting ransom,” he added..
el-Rufai emphasised that the gunmen are not kidnappers but members of the Boko Haram terrorists group working in collaboration with bandits.
“These ones are not the usual kidnappers but members of Boko who are collaborating with bandits.
”So we were thinking they will ask for a huge ransom form the state government, not the families of their victims.
”So far, they have asked for ransom from just one of the families that were contacted.
“As far as the Kaduna state government is concerned, we have not changed our stand on payment of ransom, so, even if they seek for that from us, we will not pay because we are not ready to do so,” he maintained.
el-Rufa’i revealed that the state government had received intelligence report that the gunmen were going to strike on the rail line and had intimated the Nigeria Railway Corporation (NRC) on the matter, but no action was taken.
“We think this thing happened because we have written twice to the NRC, advising that trains on the Kaduna route should not embark on night trips because we have reports that Boko Haram were in town and they plan to attack the train at night using explosive devices,” he said.
He stressed the need for massive bombing of all bandit-infected enclaves including forest areas in the North West and North Central parts of the country.
Eight persons had been officially confirmed dead, 46 hospitalised and several others kidnapped following the attack.