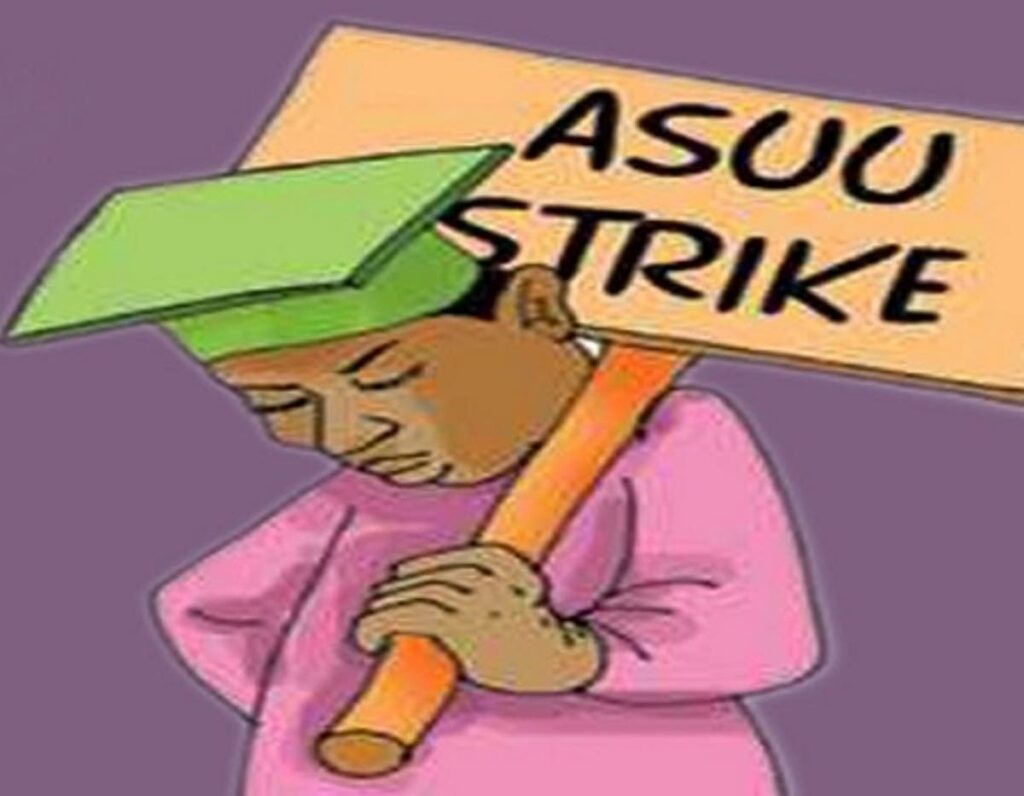 Some students of Nigerian public universities have expressed frustration over the lingering strike by the Academic Staff Union of Universities(ASUU).

Some of the students in an interview with the News Agency of Nigeria (NAN) in Port Harcourt on Friday appealed to Federal Government to meet at least 50 per cent of ASUU demands to end the strike.

Greatness Nnamdi-Ikpo, a third year student of the University of Port Harcourt, who is studying gas engineering, said that the ongoing strike was impacting negatively on the future plans of Nigerian students.

He said although he enrolled for a five-year programme in 2017, he was still in the first semester of the third year because of ASUU constant strike and the outbreak of COVID-19 pandemic in the country.

“My mates who left Nigeria to study abroad have graduated, some are in their final year and it seems those of us in Nigeria are forgotten .

“You don’t expect students who spent most of their time on strike and who also studied without properly equipped laboratories to come out with good grades or become experts in their fields.

“I am appealing to the Federal Government to put in some efforts to meet the demands of ASUU, at least 50 per cent and this will also make the lecturers not to depend on students for their upkeep.

“I plead with government to bring back hope for Nigerian youths, our plans and programmes are slowing down.

“I also plead with the government to employ young graduates to teach new technologies and innovations in our universities,” Nnamdi-Ikpo said.

Similarly, Ms Gift Nwafor, a student of the University of Calabar who studying education psychology, said that the ongoing strike had frustrated and setback her studies.

Nwafor expressed displeasure at the ongoing strike, saying that the action was leading some students into crime.

“Honestly, I am very sad and frustrated. My two siblings and I have been at home since Feb. 14 and our rent for this year would soon expire without being in school.

“My greatest fear is that some of us have gone into crimes… They are into theft, raping and consumption of hard drugs.

“I am appealing to the Federal Government and ASUU to consider our future and call off the strike so that we can go back to school,” Nwafor said.

Mr Victor Nkemdirim, ASUU Chairman at the Abia State University, attributed the strike to the non-revitalisation of public universities in the country.

Nkemdirim told NAN that ASUU was fighting for the revitalisation of the institutions.

He said since 2009 the government has been unable to implement its agreements with ASUU.

He stated that since the founding of some public universities, government`s presence there had been minimal, except for projects embarked by the Petroleum Trust Fund(PTF) which came about as a result ASUU agitations.

Nkemdirim said if not for ASUU continued struggles, most of the states and federal universities would have gone under by now.

He also recalled that ASUU had continued to oppose the Integrated Pay Roll and Personal Information System(IPPIS) , a foreign-based platform, which he said the Federal Government was servicing yearly with N7 billion.

“This (IPPIS) platform contravenes the university autonomy which means that the council of the universities do not have the right to employ or dismiss staff.

“ASUU was asked to develop a platform that is congenial to the university system and it came up with University Transability and Accountability Solution (UTAS) which in all tests, including integrity test, scored 99.7 per cent pass mark.

“We have also decided to fight for the upgrade of our salaries. We have been receiving the same salary since 2009 while our counterparts in the polytechnics and colleges of education are earning more than us.

“All these reasons are why ASUU is still on strike. I, therefore, urge state and Federal Government to understand that education is paramount to the development of Nigerian system in its entirety,” Nkemdirim stated.