We Are Committed To Electronic Transmission Of Election Results-APC 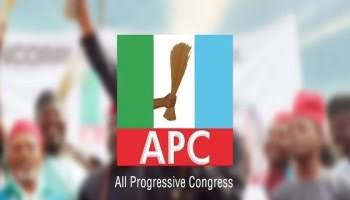 The ruling All Progressives Congress (APC) has defended the National Chairman of the party,Adamu Abdullahi over a statement credited to him concerning BVAS,IReV.

“A section of the media is awash with comments credited to the APC National Chairman, Sen. Abdullahi Adamu on the deployment of the BVAS and IReV, otherwise known as electronic transmission of election results for the 2023 general election..

“To be clear, Chairman Adamu did not kick against the deployment of BVAS or electronic transmission of results as erroneously reported by sections of the media,” the APC scribe said.

He said the APC led administration of President Muhammadu Buhari mid-wifed the successful reform of the Electoral Act and the introduction of BVAS among other technological innovations.

He added that the administration had superintended the conduct of credible, free, fair and transparent elections in Edo, Anambra, Ekiti and Osun.

“Our party and government remain committed to the highest levels of electoral transparency and democratic consolidation in our country.

Quoting the National Chairman’s statement at the meeting,Morka said“At the meeting with the commonwealth pre-election delegation, the APC national chairman while responding to a question regarding the country’s preparations for 2023 election, said preparations were in top gear.

“He tasked INEC to take effective steps to bridge any gaps that may be created by electricity and telecommunications network challenges in certain outlying voting districts in the country.

“This in order to ensure a smooth and successful deployment of BVAS and other technologies to ensure free and transparent election.”