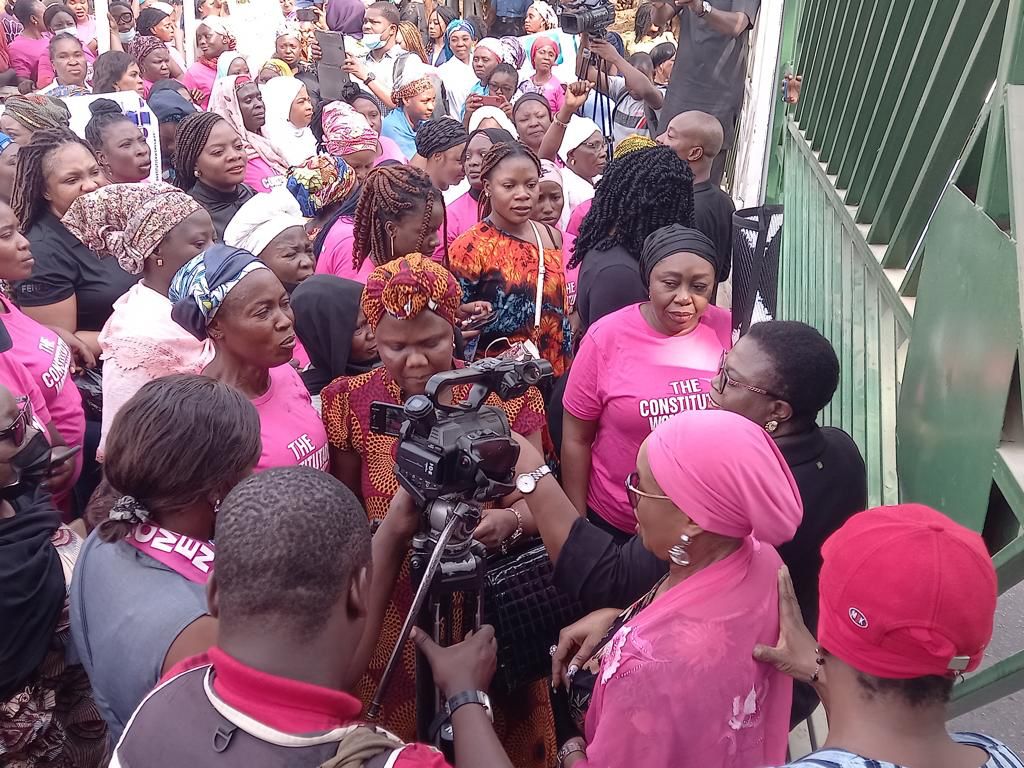 The National Assembly on Wednesday woke up to the invasion of its premises by a huge crowd of angry women who said they have come to demand for greater inclusion in the governance of the country.

Many of the women were seen sitting down while many also stood.

They said going forward, women would no longer be contented with 10% women participation.

Already, the women are fighting against the constitutional amendment bills on equality passed yesterday which shows that lawmakers have rejected a bill seeking to create special seats for women in the National Assembly.

Wife of the President, Aisha Buhari, had backed the bill. It was said that 208 members of the House of Representatives voted against the bill.

Gender advocates had mobilized for today’s rally calling out women to voice their opposition against the rejection of the bill.