You Failed to Fix Security As Governor of Anambra; Oshiomhole Hits Obi 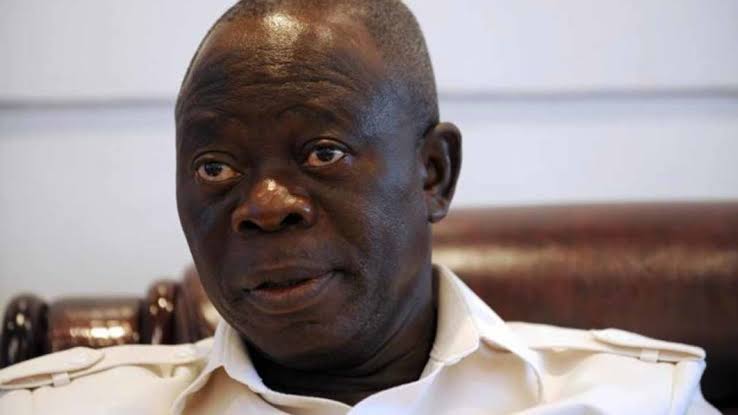 Former National Chairman of the All Progressive Congress, Adams Oshiomhole says Peter Obi, presidential candidate of Labour Party (LP), who could not fix insecurity in Anambra while he was governor can’t fix the insecurity facing Nigeria.

Oshiomhole spoke on Sunday at the progressive young leaders summit organised by the APC, in Abuja.

Peter Obi had recently in his interview on CNN, said Nigeria is on the verge of collapse, and that if elected, he would address insecurity and challenges affecting the economy.

Responding to Obi’s claim, Oshiomhole said Obi cannot convince Nigerians that he will address the country’s security challenges because he did not do that as governor of Anambra.

“For those of you who are social media warriors, there are issues here that you need to speak to. Go to Google and look at the first six months of governor Obiano’s administration in Anambra state,” he said.

“What you will find on YouTube is governor Obiano using bulldozers to demolish the houses of kidnappers and those who were involved in what they called Bakassi boys or even girls.

“Who was the governor when Bakassi developed in Anambra and who solved the problem? So, if a man couldn’t fix a security challenge in his own state which requires courage, how can he convince that he would fix the security challenges all over Nigeria?

“Don’t take it from me. Go to YouTube and find out about the first six months of governor Obiano and find out who was his predecessor.

“If the predecessor had solved the problem, will Obiano be using bulldozers to demolish people’s houses — houses of kidnappers and Bakassi boys?

“So, when they say ‘I will fix Nigeria’, did you fix your state?”

Obi handed over to Obiano as governor of Anambra state in March 2014.