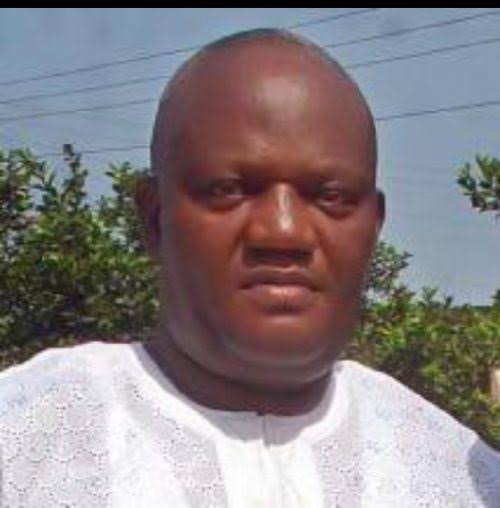 This is the Year 2023! As the New Year comes, it is custom for people to look towards new things. Unarguably, improvement over the present has always been the desire of human beings. The same goes with nations, which collectively look forward to improving their lots. Just as human beings make predictions, nations, too, do make projections. With a particular reference to Nigeria, to say that her present situation is revealingly appalling is not an overstatement. So, she needs prayers for the cure of her maladies and the betterment of her future!

As Nigeria approaches the 2023 general elections, it needs to be noted that the mood of the season is not smiling. Generally speaking, the society has become more polarised along ethno-religious divides and theatrical performances. It is like a moribund situation! At the base of this are negative social indices such as terrorism, banditry, armed robbery, kidnapping and arson, all which have become frighteningly alarming! The pressures of Yuletide, fuel scarcity, among others, have not helped matters either. Even when the much-celebrated subsidy regime is alive and kicking, Nigerians are already feeling the pains of its looming removal. They are already bearing the brunt of a nation that’s blessed with so much but dwelling in the kingdom of ‘so little.’ To say the least, the country is at the tipping point!

Matter-of-factly speaking, events around us have again shown that empires, by philosophy, are destined to collapse. They rise and they go away! In the global civilisation agenda, democracy is also key! It is the only legitimate way of getting the impossible done! However, in this clime, the institutional attributes of democracy have been compromised. Hence its inability to yield optimum benefits to the people. For the wise, therefore, the destiny of an empire is enough lesson that what goes around must surely certainly come around.

Party discipline has taken flight in Nigeria. Of course, without party discipline, there can’t be reasonable order; and, without reasonable order, there can’t be feasible and sustainable development. Tragically too, the leadership of the Church has no clear vision as to what it should stand for. Hence, it’s being propelled by the sour broth of the passion and impulses of the political gladiators.

The late Chief Obafemi Awolowo once said that in a society where dogs kill tigers, grave danger is on the prowl! Needless to repeat that Nigeria presently harbours a spiral chaotic social situation; and the social response of individuals, groups and social institutions has been largely negative, selfish, divisive and un-coordinated. Out of sheer ignorance, people are working against the interest and survival of the country. It is a chaotic situation with no remedy in sight. The emphasis here is about cohesion in a democratic society, not a concoction of forced orderliness through dictatorship or state-induced society-policing, which is outright repression. For Nigeria to survive, there must be collective political will to survive! The more reason Nigeria needs prayers!

Time it was in Nigeria when seeing a corpse by the roadside was a major issue. Then, the affected Local Government officials would not only do all that was necessary to remove the remains in record time but also deploy environmental health experts to sanitize the area to prevent the possible spread of epidemics. Even traditionalists within the locality would want to do conduct ‘special prayers’ to ward off evil spirits. Since times and things have changed, these days, watching in amusement while the victim groans to death has become a trophy for civilization.

In the olden days, if a report was made to a Local Government Chairman about dilapidated portions of a road in his or her domain, rest assured that he or she would not rest until such a road was fixed. These days, the chairman will even sponsor social media campaigns to discuss ‘Rome-burns-Nero-fiddles’ tales, just to divert the people’s attention and sway opinions from such a burning issue.

Many years ago, Professor Ango Abdullai described Nigeria’s university system as ‘a bottomless pit’, notorious for collecting money without producing anything. Well, that was many years ago! It is unfortunate that, many years later, the university system still produces nothing! While institutions of higher learning elsewhere are attempting, even solving problems of various patterns, what Nigerians have on their hands is a country whose town is being deliberately tormented by the gown. For instance, where is the Nigerian Institute of Social and Economic Research (NISER) in the scheme of resolving Nigeria’s socioeconomic woes and what’s its impact on the exchange rate currently threatening the country’s economy?

Once upon a country, Michelin Tyre Factory was sited in Port Harcout, Rivers State and Dunlop was in Lagos State. Berec Battery, Hegemeyer, Chellarams, UTC Motors and others also pitched their tents in Nigeria’s future ‘Centre of Excellence.’ Ditto for Kingsway and Leventis Stores in Lagos and Oyo States! Osogbo Steel Rolling Mills and Nigeria Machine Tools were established in Osogbo in the old Oyo State. Ajaokuta Steel Company Limited was in Kwara before relocating to Kogi State! At a point in Nigeria’s chequered history, we were not importing rubber because it was readily available in our backyard. Buying a good car battery wasn’t also a problem because Exide Battery, among others, was being manufactured in Ibadan. However, these industries have long walked away and it’s as if the gods were angry!

Compare also the contents of Coke in the 1980s with what we now have and one will realize that a society without firm control will soon become a lawless society! Yet, nobody is drawing world attention to what is likely to kill us dead!

Fellow Nigerians, this is a New Year! It is also another defining moment in the life of Nigeria. Precisely, it is a year power must change hands at her topmost political level! As a praying nation, we are optimistic that, with God taking the front seat in the affairs of dear country, the Year 2023 will bequeath to us fresh hopes and new gifts; new opportunities and new beginnings!

Great things, they say, start with little steps and those who cannot manage stardom cannot manage crises. So, our Father and our God, we beseech Thee, shower on our leaders the wisdom to dream dreams and the energy to pursue them to fulfilment. Grant them the wisdom to use the opportunity that the situation presents to become masters of brilliant ideas and innovations that’ll push development forward. In this hurting world of mixed fortunes, teach them to rearrange the eye of governance with a view to repairing the country’s problems. Grant unto them the power to picture into a future that is waiting to unleash its punishment for their failures.

You’re the Prince of Peace! You are also our Buckler and the Key of Life! As we go to the polls early this year to elect new leaders for this ‘Giant of Africa’ and its component states, command peace to our country! Deliver us; be our stay! Light our candle and enlighten our darkness. Gird us with strength and subdue under us those that rise against us. ‘Lift us up above those that rise up against us and let our cry come before You, even unto Your ears.’ Steer our country’s ship of state away from the locust years of uncertainty and ravenous culture of impunity and give us a Nigeria where, in the words of Governor Nyesom Wike, “every Nigerian can have hope of becoming something tomorrow.”

May the Lamb of God, who takes away the sin of the world, grant us peace in Nigeria!