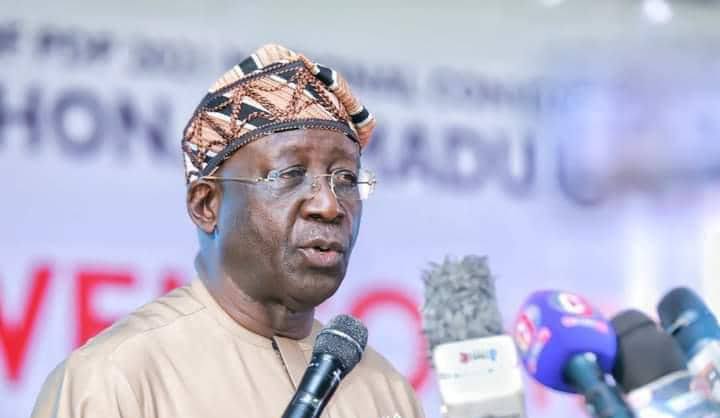 The Peoples Democratic Party (PDP) says its on course with the timetable and guidelines for 2023 General Elections as released by the Independent National Electoral Commission (INEC).
The party National Chairman, Sen. Iyorchia Ayu, stated this at the PDP’s National Caucus Meeting held on Monday night in Abuja.
Ayu said that the National Working Committee was working round the clock to ensure that the party keeps to the timetable issued by INEC.
“We are very much on course and this meeting is for us to look at our own timetable and guidelines.
“We are determine that we will keep strictly to the guideline in spite the short time that is available to us. We will keep to this timeline.
“We are sure that by next year, we will win most seats in the National Assembly and most importantly produce the next president.
“We urge Nigerians not lose hope. We are coming and we will rebuild this country,” Ayu said.
The party national chairman said that in spite of the challenges, the PDP had continued to make progress including winning in recent elections at the FCT Area Councils Election and by-elections in Cross River, Ondo and Imo.
“We are making steady progress and I believe that with time we will take over everywhere,” he said.
Ayu, who said serious issues would be discussed at the meeting, added that the PDP NWC was working with stakeholders to resolve whatever problems within the party.
“That also brings me to crisis in other state chapters. We are to conduct congresses in state chapters that we did not have congresses before.
“Whatever problem that may have arising from those congresses, we are addressing them and we hope that by the time we resolve everything the party will be stronger than ever before,” he said.
In his remarks, the Chairman, PDP Governors Forum, Gov. Aminu Tambuwal of Sokoto State, said the recent elections were reflections of expected victory in 2023 , urging members of the national caucus to bury their differences.
“I appeal that we all as leaders and members of this great party most bury our differences and work together harmoniously.
“We must give the right signal to Nigerians, that we are united and ready to rescue this country,” Tambuwal said.
On his part, the Chairman, PDP Board of Trustees, Sen. Walid Jibrin, appealed to the party leaders not to abandon the old party members, while welcoming those retuning after defecting to other parties.
Jibrin described the meeting as critical to enable the party make important decisions.
The Senate Minority Leader, Sen. Enyinnaya Abaribe, said that the PDP Caucus in the National Assembly was doing its best in the interest of the country.
Abaribe said that even though the Gender Bills suffered some setbacks, the PDP lawmakers want to ensure that the NASS takes a second look at it.
He enjoined members of the party to continue in its winning way