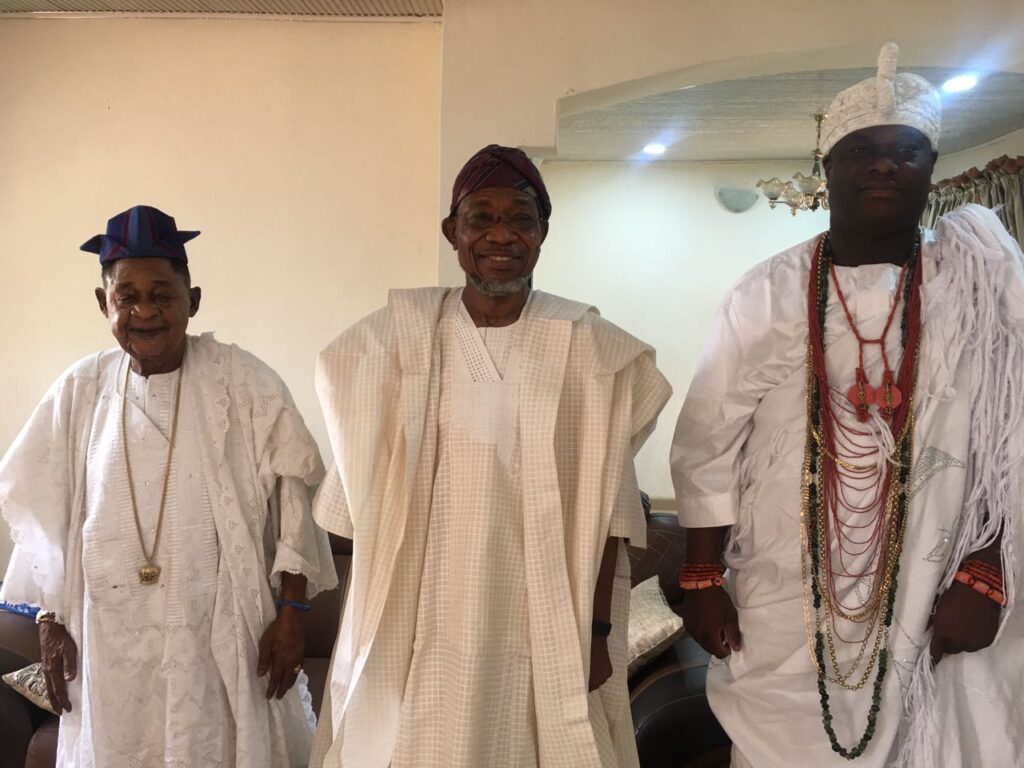 Alaafin, Ooni Open Reconciliation Meeting Between Tinubu, Aregbesola in Ibadan
Prominent traditional rulers in Yorubaland on Tuesday waded into the disagreement between former Governor of Lagos State, Asiwaju Bola Tinubu and Minister of Interior Rauf Aregbesola.
Sources close to the royal fathers said a meeting truly held in Ibadan the Oyo State Capital with Ooni Adeyeye Ogunwusi and the Alaafin Oba Lamidi Adeyemi in attendance
A statement seen by the NPO Reports, which was signed by Mr. Babatunde Alabi Hundeyin, confirmed the meeting held at a private residence of the Alaafin in Ibadan.
A photo of the meeting which was also seen showed that Tinubu was absent at the meeting.

“The meeting, which held at a private residence of the Alaafin of Oyo in Ibadan, lasted about two hours.
The meeting had in attendance the Alaafin of Oyo, Oba Lamidi Adeyemi; the Ooni of Ife, Oba Enitan Adeyeye Ogunwusi and Ogbeni Rauf Aregbesola as a first step towards finding a lasting reconciliation between the two.
“After consultations, the leaders agreed to move to the next stage of the meeting which will be held at a later date.”

It was gathered that the meeting was initiated by the traditional rulers worried by the festering crisis between the two which is perceived to have far-reaching implications for Yorubaland especially in the face of the 2023 general elections.