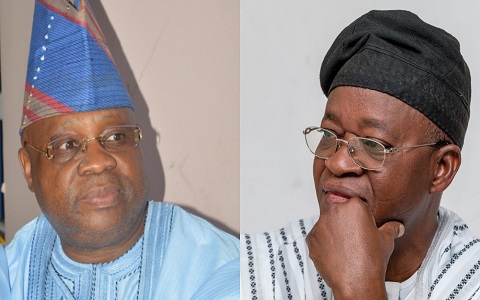 This was contained in a court paper signed by the Election petition Tribunal secretary, Address to the petitioner, dated 24th, January, 2023, and obtained by NPO Correspondent in Osogbo on Tuesday.

According to the court paper,the judgement will be heard at 9am on Friday.

Recall that Oyetola and the All Progressives Congress (APC) had on Aug. 5, submitted a petition before the Tribunal in Osogbo.

Oyetola and APC were challenging the election results from 749 polling units across 10 local government areas of the state for various alleged electoral malpractice, especially over-voting.

The Independent National Electoral Commission (INEC) had declared Adeleke as the winner of the governorship election, having polled 403, 271 votes against 375,027 polled by Oyetola.