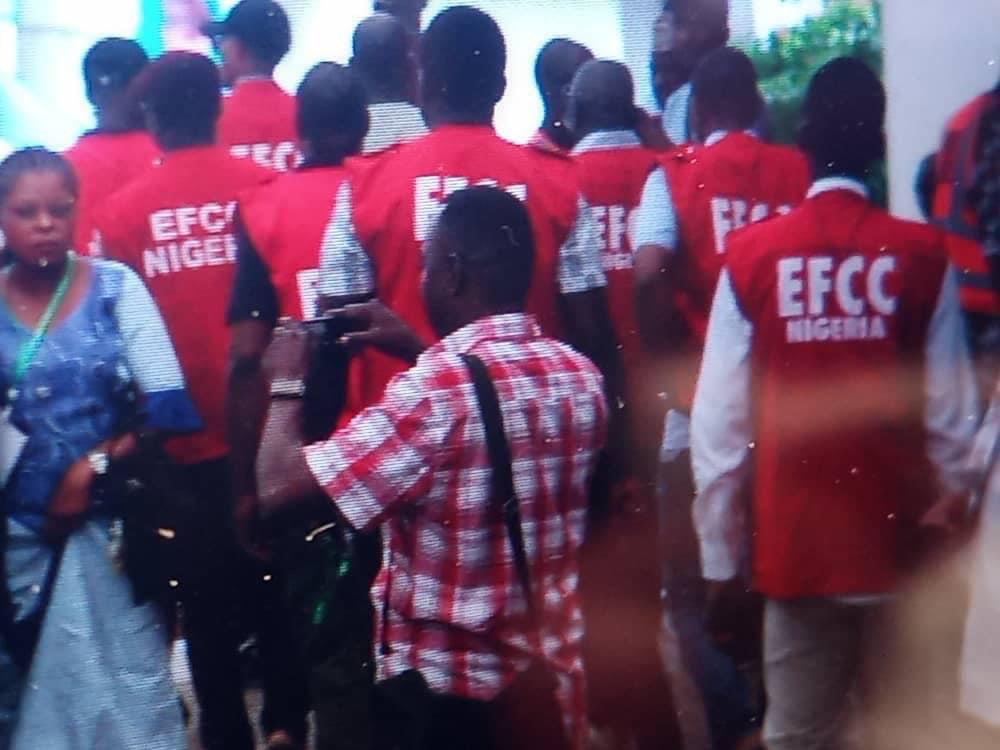 There is panic among some delegates of the Peoples Democratic Party in Abuja on Saturday as officials of the Economic and Financial Crimes Commission stormed the MKO Stadium venue of the ongoing presidential primaries of the Peoples Democratic Party.
The officials were said to have arrived at about 4:15pm with no one particularly sure of their mission at the venue.
As at the time of filing this report, spokesman of the commission Wilson Uwujiaren had not responded to an inquiry sent by the NPO Reports .
Details later…