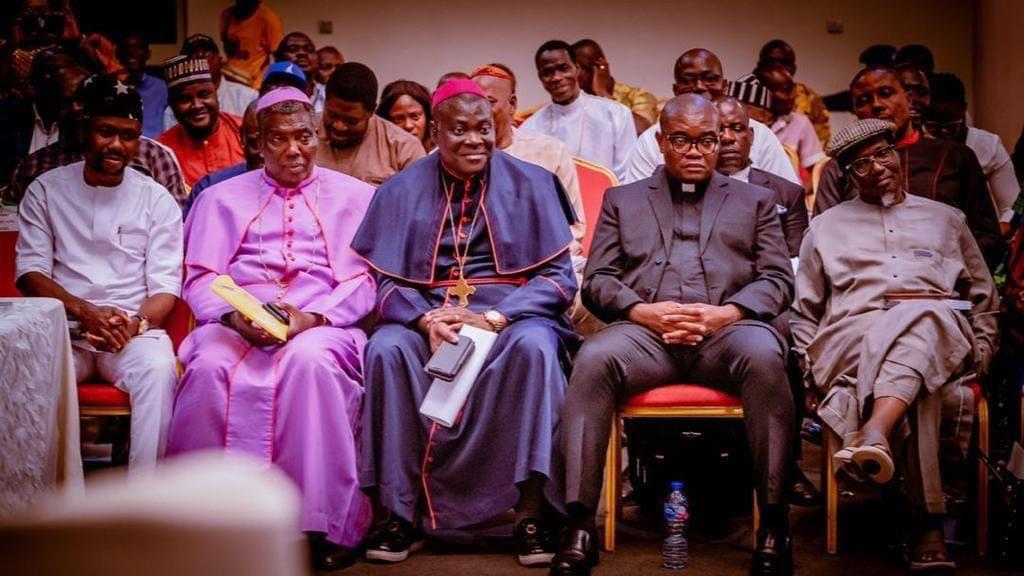 Our problem as a nation is mostly constitutional and partly managerial. We have to properly diagnose the constitutional roots of our problem as a people. The founders of an independent Nigeria in 1960 set for themselves and future generations of Nigerians a grand vision of a prosperous and united country founded on justice and equity. Today, that vision has not been realized. Nigeria is a poor and conflict-ridden country with neither justice nor equity. Why did our vision fail?
Nigeria failed because of incoherence between the vision of justice, prosperity and unity in diversity, and its institutions and practices of politics and economy. In place of inclusion, Nigeria instituted and entrenched the politics of exclusion; in place of protection of fundamental rights, Nigeria embraced violations of the rights of its peoples; in place of justice for all, Nigeria practiced privilege for the few; and in place of secular, democratic governance, Nigeria promoted theocratic, neo-Feudal governance.
The incoherence of political and economic institutions in Nigeria reflects in the following:
• A constitutional order that is based on sharing rather than producing and rewards those who consume rather than those who produce, thereby creating no incentive for productivity.
• A constitutional order that proclaims secularity but also allows state institutions to promote religion and religious norms that violates the fundamental rights of citizens in public law
• A constitutional order that proclaims equal right of citizenship but also define citizenship as based on ethnicity.
• A constitutional order that weakens democratic citizenship and promotes aristocracy of ethnic, religious, and social bluebloods
• A constitutional order that proclaims that human rights are fundamental but provides many textual justifications for the states to derogate from those rights with the flimsiest excuses
• A constitutional order that deprives communities and states of control of their resources and grants those who are not impacted by the explorations of those resources greater benefits
• A political economy that is not focused on creating wealth and providing social services to citizens
• A political system that centralizes power and decision-making and therefore deprives communities of effective participation in managing and improving their lives
• A political system that entrenches ethnic and religious domination and promotes impunity and abuse of power.

Roadmap to Constitutional Reform for Future Nigeria:
These constitutional incoherencies paint a terrible situation for Nigeria. But Nigeria is redeemable. We can rescue the country from a final collapse and restart it on the path to prosperity, stability, and justice. The salvation of Nigeria requires far-reaching actions that strike at the roots of the problem. These actions revolve around the following fundamental changes:
• A new constitutional order premised on devolution of power, decentralization of authority and democratic accountability.
• A constitutional order that proclaims in unmistakable terms enforceable civil and political rights as well as social and economic rights that promote substantive economic and social welfare for every citizen. This means the incorporation of full citizenship rights for all Nigerians.
• A constitutional order that abolishes all vestiges of feudalism, ethnocentrism, and ethnic and religious domination in Nigeria by providing the right to self-determination for Nigerian ethnic and cultural groups and incorporating the right of a referendum in the constitution.
• A constitutional order that is based on meritocracy and production rather than privilege and consumption. This means a fiscal regime that give natural resources to communities that bear them who will pay royalties to the federal government. God has blessed every community in Nigeria with abundant resources. Let every community in Nigeria focus on optimizing its resources instead of fighting over sharing of limited resources.
• An electoral system that truly guarantees that the right of the people to choose their leaders will never be hijacked by the rich and the privileged. This means an Electoral Management Board that can never be under the control of politicians and an electoral process that ensures all votes are counted fairly and freely. Such system must be free of violence and be open to public scrutiny.
• An economic system that develops rural communities and eliminates mass poverty through prioritizing investment in health, education, and wellbeing of citizens and reducing the cost of governance.
We believe that these are the minimum constitutional guarantees of a future Nigeria that will be different from the present. We believe that until we undertake these fundamental changes, which many people term ‘restructuring’, Nigeria will not recover from the danger of looming state failure.

Brief Statement about the Managerial Roots of the Crisis:
Beyond constitution, to rescue Nigeria from its drift towards state failure, we need to have urgent managerial interventions. The leadership failure has compounded the constitutional dysfunction of the Nigerian state. Fixing constitution may be a longer process and some of the features of a constitutional change are not completely in the control of the President. But there are administrative actions that will help recover Nigeria and restart it on the path of development and freedom.
The key leadership failure is that Nigerian leadership elites have been reluctant to address the root of the Nigerian crisis. They have rather acted to compound these crises. The new President of Nigeria must start on a different note. He must undertake strategic actions on three fronts:
(1) Nationality and citizenship
He must give clear indication that Nigerians have common citizenship and that every Nigerian should be treated as a Nigerian, no matter where he lives. That is, no Nigerian should be discriminated on any matter of goods and services provide by any authority in Nigeria, whether at the federal or state levels. He has to sign an executive order requiring all public officers and authorities in Nigeria to ensure they do not discriminate against any Nigerian on matter of ethnicity or religion. The Executive Order will require that all ministries, departments and agencies of the federal and state governments must follow strictly federal character in appointment, promotion and staffing.
The president will signal this federal character and balance by making sure all appointments into all military and para-military agencies, including the Armed Forces, Police, DSS, NIA, NCDC, etc., are balanced between Christians and Muslims and between ethnic diversities.
(2) Religion and the State:
Before we have time to review our constitution to align it to the global best practice for plural societies, the next president should be able to take administrative action to pull the state away from co-mingling religion and the state. The next president should use Executive Order to mandate that where anyone legally purchases a landed property in Nigeria for religious purposes, they should not be denied Certificate of Occupancy on account of their religion. The Executive Order will further create a desk in the Ministry of Justice to oversight violation of the executive order.
(3) Devolution of government function:
Whilst we need a constitutional review to achieve desired level of restructuring, there is a significant room for administrative devolution of government responsibility without a constitutional review. The President should utilize his executive power to decentralize significant government functions. Such actions will ensure better efficiency and accountability.

Policy Roadmap for a Future Nigeria:
For avoidance of doubt we present the policy that will address the crises of development in Nigeria:
• State police or fully decentralized police authority
• Clear and unambiguous religious neutrality of the Nigerian state
• Enforcement of fundamental rights of all Nigerians, including economic and social rights
• Restructuring to decentralize governance
• Equitable and enforceable sharing of executive positions
• Ethnic and religious representation in military and security agencies
• Self-determination for all Nigerian people
• No to Ruga, yes to ranching
• Education and free healthcare to all Nigerians (including Almajiri)
• No open grazing (rather modernization of animal husbandry)
• Local control of local economy, including waters, rivers, and forest
Conclusion:
The Christian community in Nigeria is worried that Nigeria is slouching towards complete state failure. We are worried that disorientation in public leadership makes this a self-fulfilling prophesy. But we are reassured by the words of the scripture that whenever a people recognize their errors and make amend, God of justice will show them mercy and the land will be healed. Nigeria is not a lost case. Nigeria has hope. Nigeria has a great future. But that hope and future rest on resolving the constitutional incoherence that has determined our bloody past and our miserable present. It threatens to deny us the future. But if we agree to create a new constitutional order on the basis of equality, justice, and self-determination, if we determine to create a new social compact between Nigerians of different religious, ethnic, and social groups, we will recover the promise of a great, peaceful, and prosperous Nigeria.
The Christian community in Nigeria is ready for an honest and hard conversation about Nigeria. The Charter for Future Nigeria is an extension of a hand of goodwill to other Nigerians, irrespective of their ethnic, cultural, and religious identity. The message is simple: “come, let us build a new Nigeria.”

2023: Kwankwaso Arrives Washington DC For Interaction With US Officials