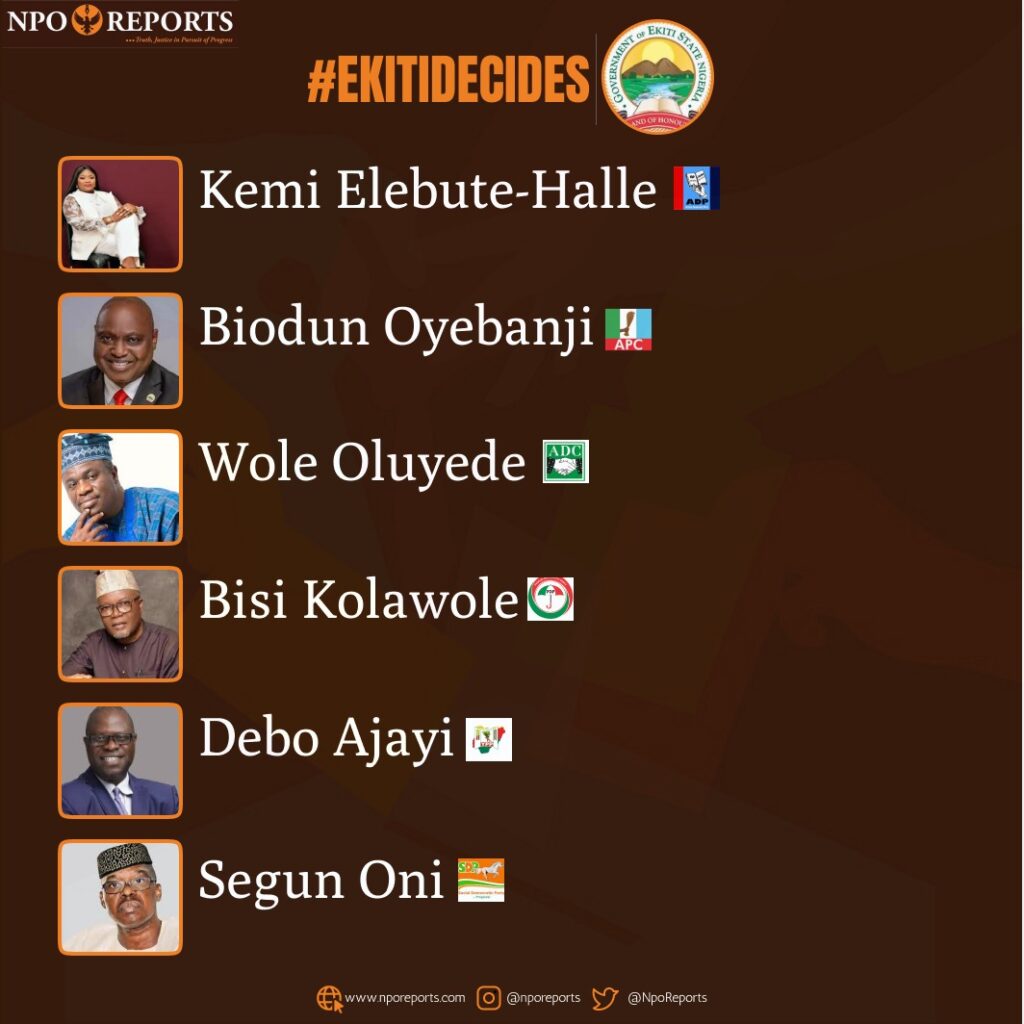 A deserted major road in Ekiti Saturday morningThe much awaited governorship election of Ekiti State, in the South-West of Nigeria is taking place today as voters go to the poll amidst tension across the state.

For today’s election, 16 candidates registered with the Independent National Electoral Commission to contest in the election.

Apart from Oyebanji, Oni and Kolawole, other candidates are Reuben Famuyibo of Accord (A), Ajagunigbale Olajide of African Action Congress (AAC), Oluwole Oluyede of the African Democratic Congress (ADC), Elebute-Halle Kemi of Action Democratic Party (ADP) and Benjamin Obidoyin of the All Progressives Grand Alliance (APGA).

The Independent National Electoral Commission said it is set to conduct a credible poll.

A total of 749,065 voters will elect the next governor of the state as the figure of registered voters who had, as at Monday, collected their permanent voter cards from the commission. There are 988,923 registered voters in the state.

No one with the PVC will be allowed near the polling units.

Streets of Ekiti State are deserted in the early hours of Saturday as residents await electoral officers to arrive the respective polling units and commence the electoral process. With the exception of a few that were seen in front of their houses, most of the streets are deserted from the state capital Ado Ekiti to other parts of the state.

The Independent National Electoral Commission has said that it is set to test-run its electronic transmission of election results with today’s election in Ekiti State.

The newly signed Electoral The Act empowers the commission to transmit election results in a way it determines.

Section 50 of the Act reads, “Subject to section 63 of this Act, voting at an election and transmission of results under this Act shall be in accordance with the procedure determined by the Commission.”

Mr. Rotimi Oyekanmi, the Chief Press Secretary to the Chairman of INEC, Prof Mahmood Yakubu, confirmed that the results of today’s poll would be transmitted electronically.

This process will be followed by actually voting. 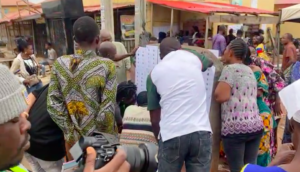 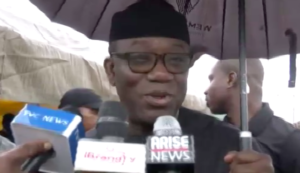 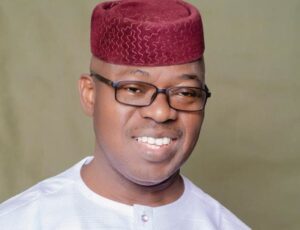