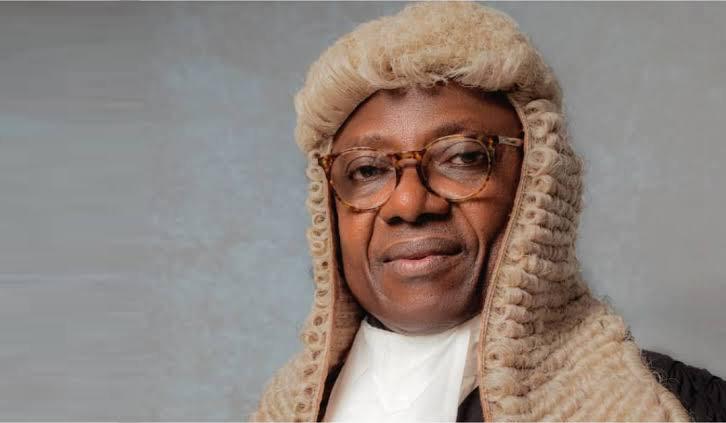 I am yet to come to terms with the fact that your body is lying in that coffin. It is unbelievable and a rude shock for us that we won’t see you again! Your passage was so sudden that we consider it sunset at dawn. You were full of life on Tuesday October 18, 2022. We went on an inspection of road rehabilitation works dwith the Governor, came back to his office together where we exchanged banters as usual. We left for your own office at this House of Assembly complex. I and other colleagues were with you until 5pm and you repeated your plea that we should be punctual the following day by coming to plenary at 10.00am prompt to screen a Commissioner and a Board Chairman. You planned to catch a flight to Lagos thereafter to start preparing for your daughter’s wedding which was to come up on Saturday,  October 22nd.

When you didn’t arrive by 10.30am on Wednesday October 19,  to preside at plenary, I started having an uneasy feeling which I couldn’t explain. Suddenly, the clerk of the house and leader of government business came into my office closely followed by the Sergeant at arms with the mace! They told me I will preside at plenary because Mr. Speaker was indisposed. I was shocked and confused. I immediately took my phone to call you to know if I should preside at plenary or wait for you and to know how you were feeling but I was jolted when the leader told me I could not speak with you directly except through your Chief of Staff. I called your Chief of Staff and asked him to give you the phone and he said I could not speak with you until later in the day because doctors were attending to you. I left for the plenary where I presided.

After the plenary around 12.30pm, I immediately put a call across to the Chief Medical Director of Ekiti State University Teaching Hospital (EKSUTH) that I and other colleagues would like to come and see our Speaker. The CMD said you were responding well but that we cannot not see you until 5pm and he will allow only me and The Leader of Government Business. We set out for the hospital around 4.30pm but there was a traffic gridlock along the hospital road and we were there for more than one hour without any movement and we never made it to the hospital because I received the shocking message of the CMD around 5.30pm that your condition had turned worse.  We had to go to the Governor’s office to inform him about the seriousness of your case not knowing the Governor already knew.
Mr. Speaker, we never saw you alive again because you were pronounced dead around 6pm while we were with the Governor.

So the reality is that after exchanging banters with you in your office on Tuesday October 18, the next time we are seeing you is today and not alive but your corpse in that coffin! Mr. Speaker why? Why so sudden? No goodbyes? No notice? No warning? So we won’t see you again? Forever? Well, who are we to question God? We are mere mortals and we are like pencils in the hands of our creator!

We planned the wedding of your daughter together.  We were all supposed to join you in Lagos by Friday not knowing that fate had another plan. Destiny plays a lot of pranks on us but what can we do? Life is such that nobody knows what will happen in the next minute! We thank Almighty God that despite the sad turn of events, we went ahead with the wedding of Abisola and Babatunde and it was successful!

Despite the brutal frankness of Francis Bacon who said, “It is natural to die as to be born” , we cannot but ponder on how everything can  suddenly change within a twinkle of an eye! We live in such a world that this moment we are happy and the next moment, tragedy will strike and we will become sad! This is exactly what  your death has done to us.

I am particular pained because I have learnt a lot from you. Initially when we emerged Speaker and Deputy Speaker respectively, I never knew we could be so close and work together harmoniously because we belonged to different camps within the same party. However, after coming in close contact with you, I wished I had known you earlier. You were such a wonderful personality, deep, straightforward, brilliant, intellectually endowed, mature and devoid of pettiness. You bow to superior arguments, you take advice and you are not on any ego trip.

You would always diffuse any tension in the house with your infectious smile and you had never spoken any harsh words to any honourable member and this is why your leadership is well respected. You’re an epitome of the much cherished Yoruba concept of Omoluabi (a thorough bred).

You have handled the affairs of the Sixth Assembly in such a way that it remains the most peaceful house of Assembly in Nigeria. Under your watch, the Sixth Assembly has passed 89 bills into law.  This is unprecedented in the history of House of Assemblies in the State. The understanding between us was so perfect that you once remarked, my deputy, if we work together for 10 years, we are not likely to quarrel and I agreed with you.

We will respect your memory and make sure your wish that the Sixth Assembly  remains the most peaceful in Nigeria is fulfilled even after your passage. Though your passage is a pain that I shall leave with for the rest of my life, I am consoled with the words of George Eliot who said, “Our dead are never dead to us, until we have forgotten them”. We shall NEVER forget you.

In the same vein, Nelson Mandela said, “Death is something inevitable. When a man has done what he considers to be his duty to his people and his country, he can rest in peace”. Mr. Speaker, you have done your duty to your people, state and country, I am sure you will rest in peace. The most comforting is the word of Albert Einstein who said, “Our death is not an end if we can live on in our children and the younger generation. For they are us; our bodies are only wilted leaves on the tree of life”. Mr. Speaker, I am happy that you will continue to live in the good children you left behind and the younger generation you have mentored.

I commiserate with your darling wife Mrs Titilayo Afuye, a very virtuous and God fearing woman whom you have told me very nice things about. God will uphold her and be her succour. God will become the father of your children and they will be greater than you and live longer. I commiserate with my colleagues in the Sixth Assembly, the Governor of Ekiti State, His Excellency Biodun Abayomi Oyebanji and his wife, Dr. Olayemi Oyebanji, the Deputy Governor, Chief Mrs. Monisade Afuye who have stood with us in this moment of grief, our Leader and former Governor, Dr. Kayode Fayemi and his wife, Erelu Bisi Fayemi, Governor Adeniyi Adebayo, the government and people of Ekiti State, the Conference of Speakers, past speakers in the state and the entire Ikere Ekiti people especially your aged mother. I commiserate with your friends who have been so wonderful as well as the Afenifere Renewal Group and the All Progressives Congress.  God will grant us all the fortitude to bear this irreplaceable loss.
Goodnight my boss, my brother,  my friend and my mentor.