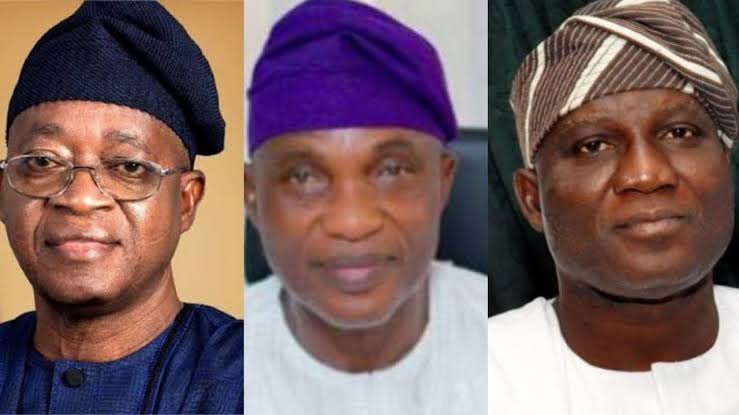 Both had contested against Oyetola during last Saturday’s governorship primaries of the All Progressive Congress.
Oyetola was declared the winner of the primaries.
“Governor Oyetola submitted himself to the people and people-power has prevailed. His commitment to democracy, non-violent elections, nation-building, loyalty to party and party supremacy are particularly remarkable. Alhaji Moshood Adeoti and Hon. Lasun Yusuff who also contested at the primary should be commended for exercising their democratic franchise peacefully,” Tinubu said in a statement made available to the NPO Reports

Tinubu expressed appreciation to the Chairman of Osun State APC Primary Election Committee, Kwara State Governor Abdulrahman Abdulrasaq, and his team for an excellent job.
He said, “Now that he has been returned as the party’s candidate to contest for a second term, I enjoin Governor Oyetola to extend a hand of fellowship to those who vied for the ticket along with him. He must endeavour to bring them within the party’s fold so that together we can go into the July 16 governorship election as a united family.

“This electoral victory is not only for him, it is also for APC and APC members in Osun. They must all come together so that come July 16 the progressive ideals of APC can continue to hold supreme in the state and Governor Oyetola can continue to deliver the dividends of democracy and good governance to our people.”