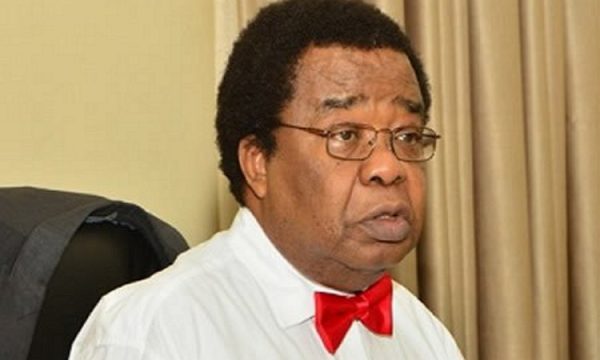 Prof. Bolaji Akinyemi, a former Minister of External Affairs, has said the time is right to hold the third Festival of Arts and Culture (FESTAC), adding that sports should also be introduced to the celebration.

Akinyemi, who is also a former Director-General of the Nigerian Institute of International Affairs (NIIA), made this known during an event, “The Second Conversation Series” organised by NIIA and the Federal Ministry of Youths and Sports Development, on Thursday, in Lagos.

The event, themed: “FESTAC of Sports” highlighted the historical impacts of the first and second festivals.

The first FESTAC took place in Dakar, Senegal in 1965 and was designed to bring the black race together while also trying to revive African traditions.

Meanwhile, FESTAC ‘77 was the largest gathering of blacks in history, with over 58 countries and 17,000 participants.

According to Akinyemi, the vision of FESTAC should not be allowed to die and the addition of sports is necessary because of its importance in promoting soft diplomacy.

The former DG urged that sports should be used to build in black solidarity around the world adding that it had the ability to “help us forget our differences “.

“We are embarking on building a new world order because the war between Russia and Ukraine is destroying the old world order.

“Sports can be one of the instruments that we blacks will put on the table for that new order,” he said.

He applauded NIIA for coming up with the vision and concept of a FESTAC of Sports and urged the media to help spread the conversation that had been started.

Similarly, the Director-General of NIIA, Professor Eghosa Osaghae, said FESTAC had laid a template for what could be done using the prowess, area of strength and comparative advantage that blacks and Africans had to show to put the world together.

Osaghae stressed that sports diplomacy had come to stay, adding that the festival would change the world positively, bringing people of different races together.

“We will continue to have conversations about this and consequently, the outlines of a global movement created around a festival of arts, culture and sports will emerge.

“This will change the course of the history of the black race,” he said.