Liverpool for sale? What’s going on at Anfield 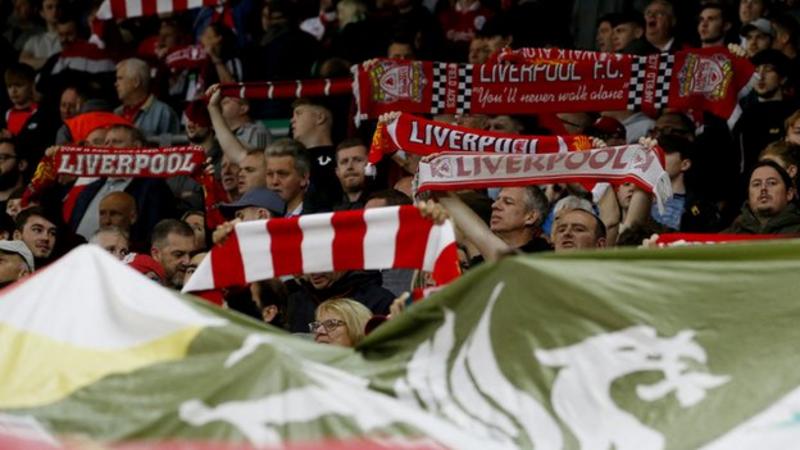 Liverpool’s future direction is uncertain after the owners said they would “consider new shareholders” following reports the club is for sale.

Fenway Sports Group (FSG), which bought Liverpool in 2010 for £300m, is “inviting offers” for the club, reported The Athletic.

Here we look at the background to a potential sale of one of the world’s biggest football clubs, which could fetch an estimated £4billion.

The American company, which also owns the Boston Red Sox baseball team, said it “remains fully committed to the success of Liverpool, both on and off the pitch”.

Eight trophies have been won in 12 years since they took over at Anfield, including six under Jurgen Klopp.

He was brought in as manager in 2015, helped change the environment at the club and has delivered a Champions League trophy and their first league title for 30 years.

Liverpool have signed the likes of Virgil van Dijk and Alisson Becker, at the time the world’s most expensive defender and goalkeeper respectively, as well as developing ‘bargain’ buys like Mohamed Salah into world-class talents.

While most of the £300m was used to pay off debts to the banks run up by predecessors George Gillett and Tom Hicks, by the end of the 2017-18 financial year the club had posted record post-tax profits of £106m.

The owners ditched plans for a new stadium in Stanley Park to remain at Anfield, and provided a £115m loan for the redevelopment of the Main Stand, which was completed in September 2016 and extended capacity to 54,000

Redevelopment to add a further 7,000 seats to the Anfield Road end is on track to be completed next summer, while a new training ground has been built at a cost of £50m.

What has gone wrong?

A proposed ticket price increase in 2016 and plans to place non-playing staff on the government’s furlough scheme during the Covid-19 lockdown both sparked anger and U-turns.

An attempt to trademark the word “Liverpool” was rejected by the Intellectual Property Office.

And the club’s involvement in failed plans for the creation of a European Super League brought further criticism.

Liverpool were Premier League runners-up last season, but they are currently eighth in the table.

It has become increasingly difficult for clubs to compete financially with sides backed by wealthy states, such as Paris St-Germain (Qatar), Manchester City (Abu Dhabi) and Newcastle (Saudi Arabia)

In August, Klopp admitted he wanted Liverpool “to risk a bit more” in the transfer market.

Why would they sell now?

It means some of the tentative interest they have had over the last two to three years has prompted them to try to test out the market. Is there someone willing to take over now?

There were over 200 bidders for Chelsea and that was a distressed asset. FSG will have noted that and, given that Liverpool is a very big brand, they will have done their sums with a view to making a significant return on the initial £300m.

I think as far as we are concerned at present, they will either go for a whole sale or they’ll hold on to try to extract more money and more value from Liverpool in the next few years.

FSG have proven to be very astute in developing Liverpool as a brand and also introducing the ‘Moneyball’ concept around player recruitment and retention which means Liverpool have had success over the last seven or eight years whilst spending half a billion less than Manchester City, Manchester United and Chelsea.

Whether any future owners will be able to repeat the FSG model will be a concern for supporters.

The names of the banks being linked to the club are very serious players.

Who could buy them?

Maguire believes there is around a 60% chance Liverpool will be sold before the end of the season.

“It will probably mainly be American investors looking at the club,” said Maguire, a football finance lecturer at the University of Liverpool.

“The pound is weak at present, which makes that deal even more attractive, if those investors are coming from overseas.

“The Chinese government has dissuaded its corporations from investing in football, so that’s one area which has disappeared.”

Premier League rivals Chelsea were sold for £4.25bn in May to a consortium led by American investor Todd Boehly and private equity firm Clearlake Capital.

The club was put up for sale before previous owner Roman Abramovich was sanctioned over his links to Russian president Vladimir Putin.

“Chelsea’s price of £4.25bn included a commitment of £1.75bn spending across the next decade so effectively the price was £2.5bn,” said Maguire.

“When you factor in Liverpool has the bigger stadium and bigger revenues and cost controls, the numbers coming out for them are somewhere between £3.5bn and £4bn depending on the level of interest in the club.

“I’m not sure there are many domestically that would realistically have close to £4bn to buy Liverpool.”

What do the fans think?

There will be mixed opinions but the most important thing is fans are consulted, said the Anfield Wrap’s Harriet Prior.

“People are really surprised at the news. It’s quite unnerving and unsettling, and we are probably set for a more turbulent few months than people were expecting,” she said.

“There is split opinion. Fans would love to have no ceiling when it comes to transfers, but would be reluctant for Liverpool to be owned by a state and what comes with that.

“FSG have had a successful reign and it could be a case of being careful what you wish for.

“It’s fair to say Liverpool are a team in transition and if the next period is concentrated on the ownership, it could have an effect on the pitch.

“Whatever happens, fans’ voices need to be heard.”

Liverpool’s supporters’ union, Spirit of Shankly, has written to the club asking for clarification over the potential sale.

“We expect both the Supporters Board and SOS to be engaged in some part of the process so that supporters are front and centre of any sale and the first thoughts of prospective owners,” it said.