Neither Redesign of Naira Nor Artificial Fuel Scarcity Can Stop Me From Winning Presidential Election; Tinubu Vows at Rally 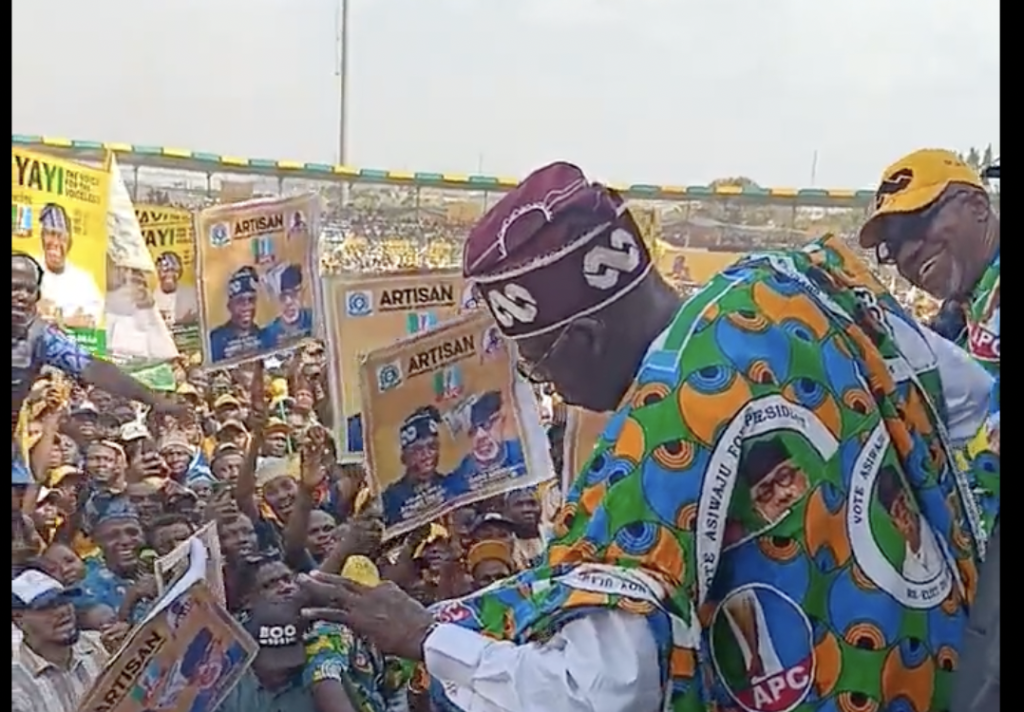 The presidential candidate of the All Progressive Congress on Monday vowed that no matter how difficult it is, he and his loyalists will organise rallies to convince Nigerians to win the forthcoming elections. Tinubu, while addressing supporters in Abeokuta, Ogun State capital thanked loyalists who had come to attend the rally in spite of the worsening fuel situation in the country. Nigerians now buy fuel as much as N500 per litre in some parts of the country. In what appeared like a veiled reference to a deliberate action to weaken the chances of the APC by creating hardship through fuel scarcity, Tinubu who spoke in Yoruba, said he would take over the government after President Muhammadu Buhari. Tinubu also made allusions to the new Central Bank of Nigeria’s cash redesign and withdrawal policies which many have seen as limiting the opportunities for politicians to buy votes. He accused some unnamed persons of creating the fuel scarcity and also mopping up cash through various policies ahead of the elections.

“They are using series of tricks just for our people not to vote. Forget it, we will vote and win this election. I, Asiwaju Bola Ahmed Tinubu assured you of that. Fuel scarcity will disappear under my administration.

“Let the fuel scarcity continues, they know where they keep it. You keep money, fuel and other valuable things, we will vote and win. If you like, change the picture on Naira Notes. I will win.”