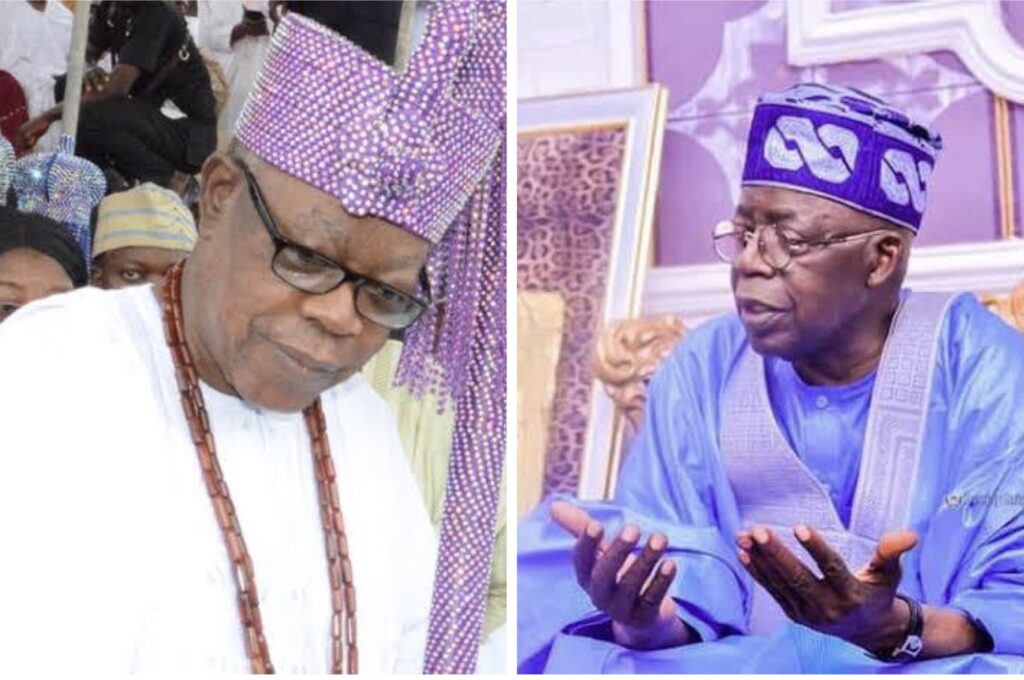 Balogun made the assertions on Sunday in Ibadan while receiving Bola Tinubu, a Presidential Aspirant and National Leader of the All Progressives Congress (APC) in his Alarere residence.

Tinubu, a former Governor of Lagos State, had visited the traditional ruler to seek his blessings and support of Ibadan people on his presidential ambition.

Balogun, who spoke through his brother, Sen. Kola Balogun (PDP-Oyo South), said that the situation in the country currently, called for a leader that would further strengthen its unity.

The Olubadan designate said that he had known Tinubu for a long time and his antecedents as the governor who laid the foundation of the present Lagos.

“Yorubas are the leading light of Nigeria, our people contributed a lot to make Nigeria what it is and without the Yorubas, Nigeria cannot be where it is today.

“But, it is very sad to note the ‘to your tent oh Israel’ that has of recent become the sing-song of the people.

“We are looking forward to a Yoruba president that will further strengthen and unite the country comes 2023.

“We need a leader that has national focus and acceptability; the road may be rough, but, by God’s grace, you will triumph,” he said.

The former Lagos State Governor said he was honoured to be in Ibadan to solicit the support of Olubadan and the people of Ibadan, and therefore, called for their prayers on his presidential ambition.

According to him, this period is historical and reminder of history.

“Each time a Yoruba wants to be president, issues are raised, questions are asked and all sorts of hang-up are encountered.

“We are at a crossroad, people are volunteering to confront me when they were asked that who would confront the Lion of Bourdilon,” he said.

Tinubu expressed his readiness and determination, saying no intimidation or blackmail could stop him from pursuing his quest for the presidency.

“I’m out to become President of Nigeria. No intimidation, no blackmail can stop me.

“I have read about a Greek Philosopher that if you want to fight a pig, you must be ready to be smeared and I’m ready to be dirty,” he said.

Tinubu, however, congratulated the new Olubadan for the grace to ascend the throne, which he said, would give the ancient city a new outlook.

He said that this was in consideration of the robust background of Balogun as an educationist, politician of progressive leaning and a humanist.

NAN reports that among those joined Balogun to receive Tinubu were his wife,