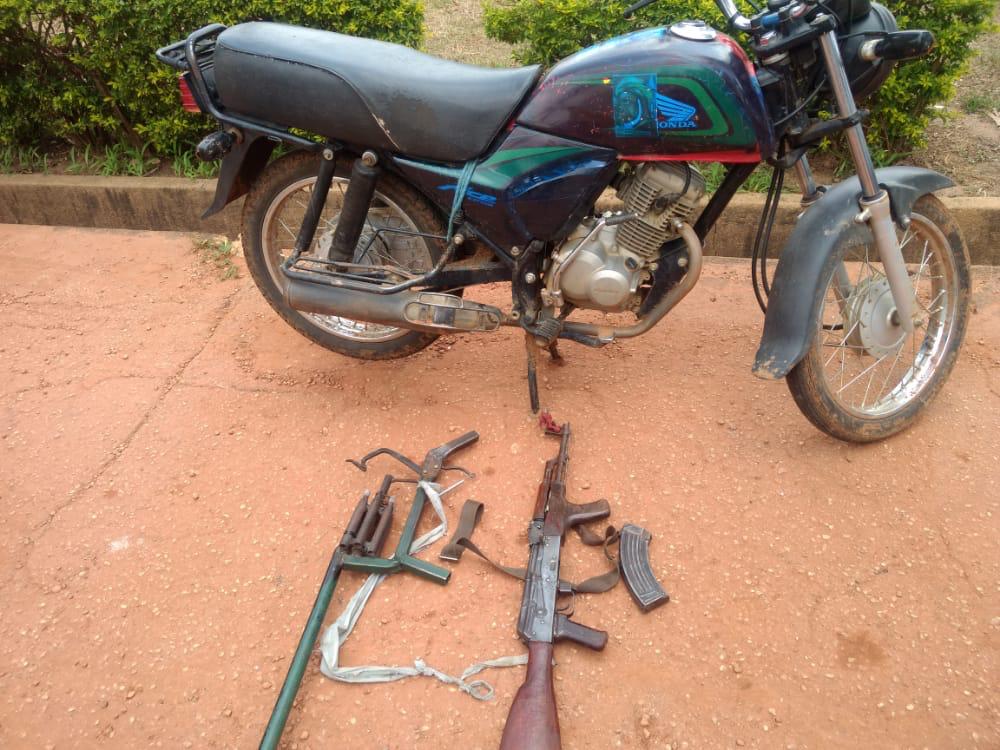 Police in Kaduna State have killed one bandit and recovered one AK49 gun and one locally fabricated.

He said the tactical operation followed a distress call that some bandits were sighted on the Galadimawa-Kidandan Road in Giwa Local Government Area of the state.

“Their movement was strongly suspected to be for their usual heinous mission.

“In a bid to truncate such mission police operatives were deployed to the location for a possible engagement and restoration of safety.

“The operatives engaged the hoodlums with clinical precision and succeeded in countering the bandits’ mission as they were compelled to retreat into the forest.

“Some sustained bullet injuries while one was gunned down; his AK49 assault rifle and operational motorcycle were recovered.

“Equally, a locally fabricated long-range revolver with its 12 polymer cased cartridges were recovered when a search was conducted in the area,’’ he added.

Jalige said the command had been making efforts to restore public confidence through rigorous patrol and surveillance to prevent further attacks on communities or on commuters.

He applauded the commitment of the operatives and tasked them to sustain recent gains to ensure safety and security in the state.