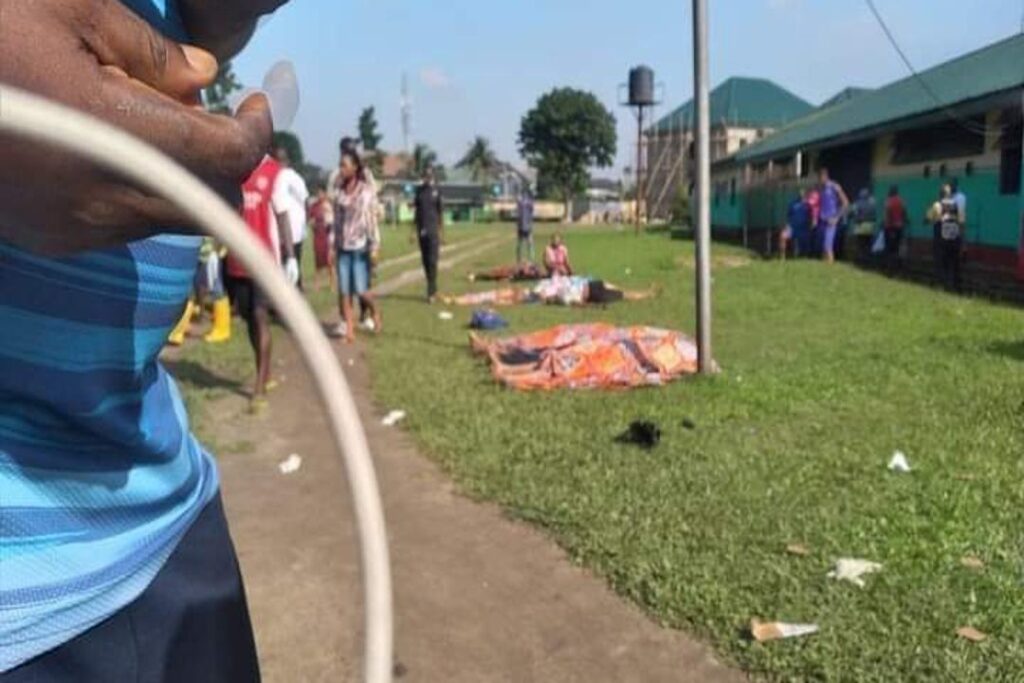 President Muhammadu Buhari has asked churches, mosque and other organizations which organise events to ensure adequate planning to avert calamities.
The president’s statement came amidst the tragedy that occurred at the Kings Assembly Church in PortHarcourt in the early hours of Saturday .
No fewer than 31 people were said to have died as a result of the stampede.
While commiserating with families of the dead, Buhari said it would have been averted had the organization planned properly.
The President said he was “extremely saddened by the reported deaths of scores of worshippers during a stampede at a religious event in Port Harcourt, Rivers State.”

In a reaction to the incident, the President admonished organizers of religious, political and other big events to plan well and carry them out in a disciplined manner to avert similar calamitous deaths and injuries.

The President directed that “all efforts should be made to provide relief to those injured in the unfortunate incident,” and that disaster and relief agencies of the Federal Government should maintain constant contact with the Rivers State government to ensure that good care is taken of the relief efforts.

President Buhari expressed his condolences and that of the nation to the bereaved families and to the government and people of Rivers State and prayed to the Almighty to repose the souls of the deceased.”