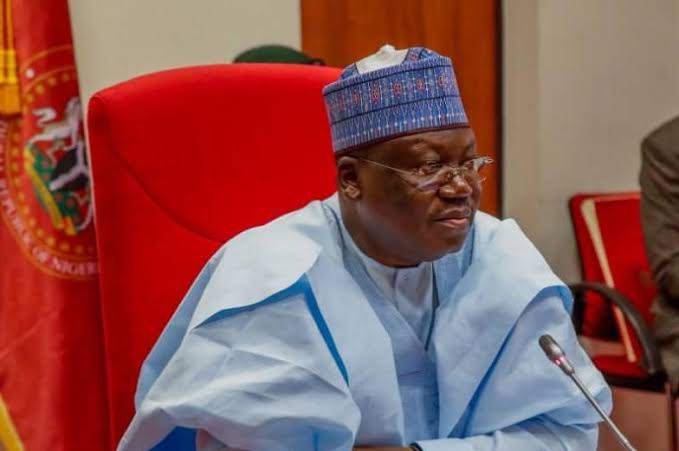 Senate President, Ahmad Lawan, says he is still in the presidential race, dismissing claims that he has withdrawn to pursue another term in the senate.
Lawan said this in a statement on Sunday in Abuja by the spokesperson for Ahmad Lawan Presidential Campaign Organisation, Mr Iyke Ekeoma.
He encouraged his supporters not to entertain fear, said he was working tirelessly to emerge as the presidential candidate of the All Progressives Congress (APC).
The Senate President described as mischief, report that he has withdrawn from the race.
Lawan said that those who planted the report were jittery of his political popularity, regional acceptance and dominance in political space, hence they cooked the fake report to create confusion.
“Nigerians should ignore the sponsored lies by some aspirants to distract the Senate President, Dr Ahmad Lawan from his quest to succeed President Muhammadu Buhari in the next presidential election.
“Contrary to fabrications against the nationally accepted presidential ambition of Lawan, we restate for the pleasure of progressive Nigerians that the falsehood trending currently in social media that Lawan has dropped his ambition to run for another term in Yobe East Senatorial zone is false.
“It is understandable that Lawan’s entrance into the presidential race to compete against 25 other aspirants has become the major discussion as his entrance has changed the political dynamics of the nation.
“The withdrawal reports are mere handiwork of politicians who are intimidated by the experience of the Senate President and his massive gains in the last few days,” he said.
He added: “The ambition to become the president of Nigeria after President Muhammadu Buhari is alive and Nigerians should be rest assured that he is in the race to win and not just to answer aspirant.
“All supporters of Lawan should not entertain fear as he is working tirelessly to emerge as the candidate of the APC.”