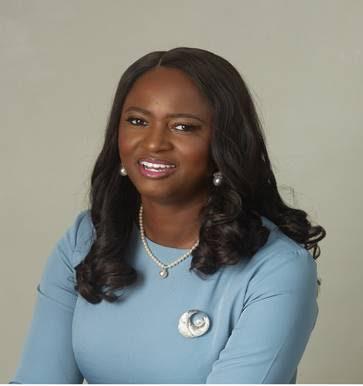 Exploration company, Shell has said that safety comes first among its worries as it prepares for its turnaround maintenance of its offshore Bonga asset.

SNEPCo’s Managing Director, Elohor Aiboni, gave this hint recently when she met chief executive officers of contractor companies participating in the Bonga TAM scheduled for October.
“The Bonga TAM is important to revitalise this important critical national asset. But more important is carrying out the turnaround safely. That is what keeps me awake at night. It is our top priority as a company and we promote this by encouraging our staff and contractors to speak up and work only if it is safe,” Aiboni said.
She challenged the CEOs to embrace the culture of encouraging their staff to speak up and stop work if safety is being compromised. “It is the only way your organisations can thrive as they work to ensure the safe delivery of services for Bonga’s rebirth.”
SNEPCo’s Senior Asset Management Integration Lead, Jonathan Amakiri, described the session with the senior executives of the industry service companies as a deliberate strategy by SNEPCo to ensure alignment on safety, speed of execution, compliance, and excellence.
“It is important that we share learning and demonstrate commitment to addressing the relevant health, safety and environment issues to keep our people safe and motivated,” said Amakiri.
Responding to the SNEPCo charge, District Service Manager, Solar Turbines Services Nigeria Limited, Marcus Flynn, pledged the support and commitment of the CEOs to safe delivery of the TAM noting that the contractors would make safety a habit. “We will continue to make safety  a way of life. That is the least we owe SNEPCo and ourselves.”
SNEPCo pioneered Nigeria’s deep-water oil and gas production at Bonga, a project that increased Nigeria’s oil capacity by 10% when it began producing in 2005. Bonga is located 120km offshore and lies in water more than 1,000 metres deep across an area of 60 square kilometres. It has the capacity to produce more than 200,000 barrels of oil a day and 150 million standard cubic feet of gas a day.
Meanwhile no fewer than 2000 people benefitted from the just-concluded one-week Vision First initiative held in Lagos by SNEPCo in partnership with the Nigerian National Petroleum Corporation Limited (NNPC).
The initiative is a focused eyecare programme aimed at providing free medical eye care to underprivileged people to help eliminate preventable and treatable blindness among Nigerians.
“This is just one of the ways to show care to people and help advance medical care among vulnerable Nigerians with little or no means to access quality medical eyecare,” SNEPCo Managing Director, Aiboni said about the programme.
Aiboni, who was represented at the opening and closing events for the medical outreach by SNEPCo’s Business Opportunity Manager, Ibiyemi Asaolu, described the large turnout of people for the free eye care as a pointer to the huge number of Nigerians battling with preventable blindness and who, with little help from public spirited individuals and corporations, could regain their vision.
The Lagos State Commissioner for Health, Prof. Akin Abayomi, who was represented at the outreach by the Director for Administrative Training, Ministry of Health, Dr. Olufunmilayo Shokunbi, described the programme as critical intervention, asking other corporate organisations to follow in the footstep of NNPC and SNEPCo to support the health ambition of the state.
The Vision First Initiative according the SNEPCo’s Regional Community Health Manager, Dr Akin Fajola, was launched in 2019 and has since taking medical eyecare to various parts of the country as part of the social investment portfolio of SNEPCo and its partners.