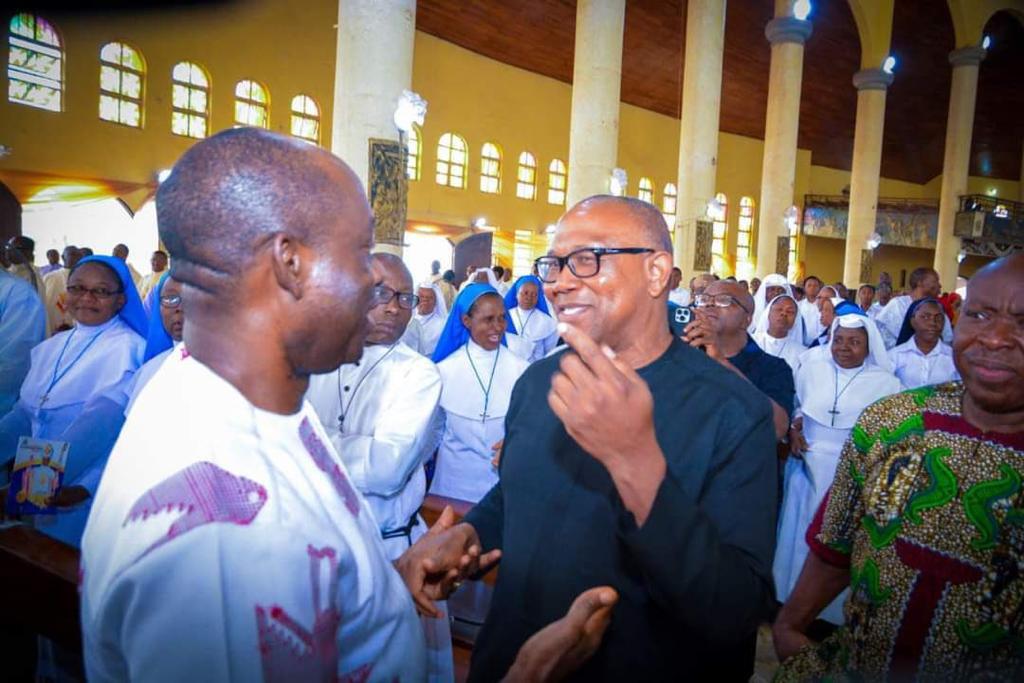 The trader and the professor, Peter Obi and Charles Soludo have met for the first time after their exchange of differing opinions on some issues bordering on investments concerning the state.

Obi, former Governor of the state and presidential candidate of the Labour Party and Soludo, current Governor, met at St Patrick Cathedral, Awka during the Thanksgiving mass of Most Rev. Bishop Ezeokafor’s 70th birthday. They were seen embracing each and exchanging pleasantry.

There had been a heated argument between the duo two weeks ago when in the course of a television interview, Soludo said the acclaimed investment by the administration of Obi when he was the Governor was worthless.

In his response at a forum organised by the Lagos Business School, Obi had replied Soludo that he (Soludo) is a professor and should be more knowledgeable how to better the economy of the state while he (Obi) is a mere trader.

A tweet shared by Peter Obi’s Grassroots Mobilizations showed some images of the encounter as seen below:

Both politicians continued to exchange views at the thanksgiving on Thursday as their supporters watched them on.