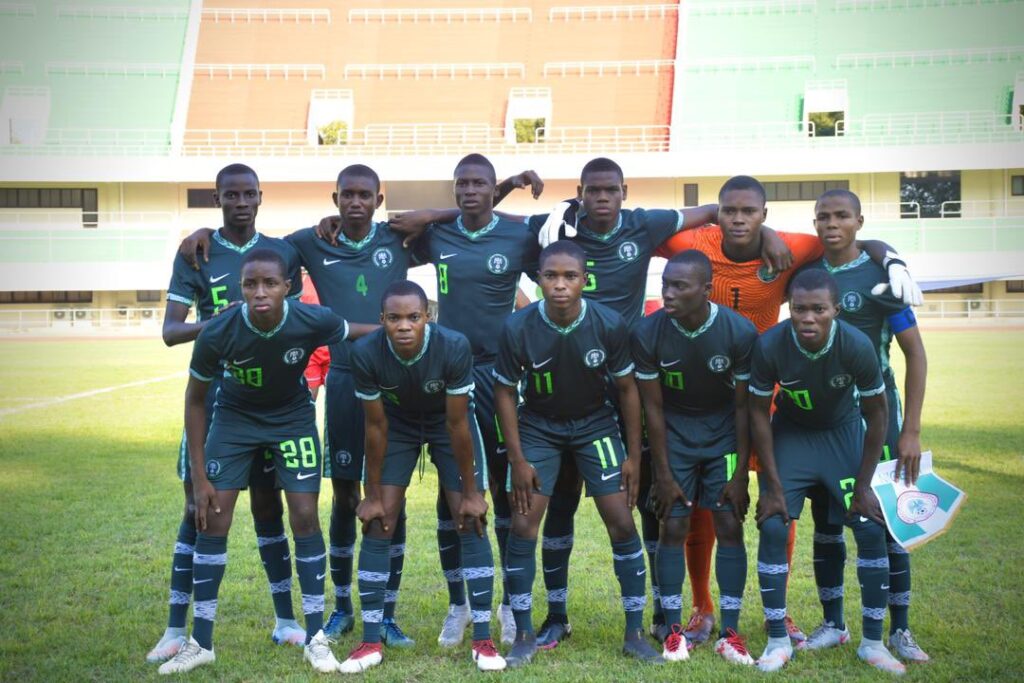 Five-time world champions, Golden Eaglets kicked off their 2022 WAFU U-17 Zone B Tournament in flying start with a 4-2 win against perennial rivals Ghana’s Black Starlets Saturday.

The News Agency of Nigeria (NAN) reports that the match played at the Cape Coast Stadium, saw Emmanuel Michael, Precious Williams, Jubril Azeez and Wisdom Ekere score a goal each for Nigeria.

The team, coached by 1985 FIFA U-16 World Championship-winning captain Nduka Ugbade, were imperious as they dominated and eventually overpowered hosts Ghana.

Ghana threatened initially in the early stages of the first half but their efforts were punctured in the 12th minute through a powerful shot via a free kick by wing back Michael.

The hosts frantically sought penalties with theatrical falls around the penalty area three minutes after they conceded the goal but referee Daniel Kassa would not be conned.

However, Williams got the second goal for Nigeria with a minute left in the first half as he latched onto a rebound after Ghanaian goalkeeper spilled a fierce strike by Kevwe Iyede.

The vital goal ensured the Golden Eaglets went into recess on the ascendancy against the host nation in the coastal town.

Nigeria’s advantage was extended further in the 51st minute through Azeez with a scrambled effort as the Ghanaian keeper sprawled on the ground but was unable to keep the ball away from goal.

But the Starlets pulled a goal back seven minutes later when substitute Abdulrazak Salifu got the better of goalkeeper Richard Odoh.

The Eaglets would not relent and in the 77th minute, midfielder Okere netted to restore Nigeria’s three-goal lead with an assured finish.

A momentary loss of concentration in the vital area led to Nigeria conceding a penalty with two minutes to the end.

Captain of the Black Starlets, Collins Agyemang made no mistake as he cooly converted from the spot and cut Nigeria’s advantage to two goals.

NAN also reports that with the victory, the Eaglets top Group A of the championship ahead of their clash with Togo on Tuesday.

Victory over the Togolese will guarantee Nigeria a spot in the tournament’s semi-finals.

Group B is made up of Cote d’Ivoire, Benin Republic, Burkina Faso and Niger Republic.