We Did Not Retaliate Over Disconnection; IBEDC is Owing Oyo N400m – Oyo Govt 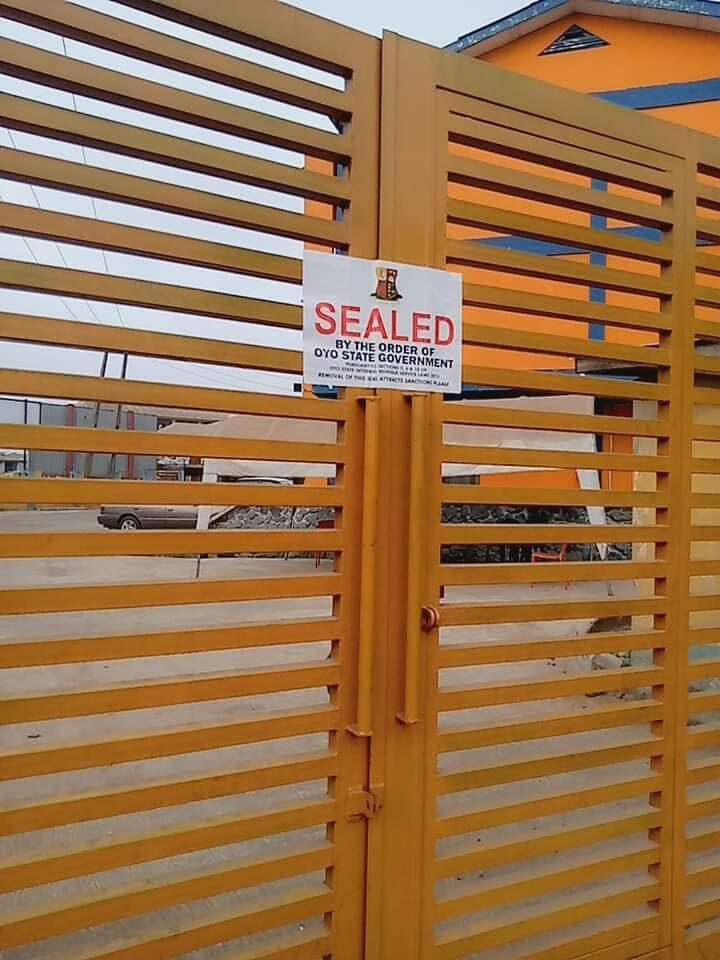 The government of Oyo on Wednesday said it did not seal the offices of the Ibadan Electricity Distribution Company over its disconnection of the government secretariat.

In a statement by the Oyo State Internal Revenue Service, the government explained that the company itself is owing N400m in revenue.

The Oyo State Board of Internal Revenue Chairman, Mr. Femi Awakan, said that the state government duly obtained an order of the Oyo State High Court before sealing some of the offices of the distribution company.

He said, “Some of the offices affected in Wednesday’s action include the company’s headquarters in Ring Road, Ibadan and its offices at Mobil, off Ring Road, Dugbe, Ojoo/Iwo Road office as well as Monatan, all in Ibadan.

“The state government had applied for the warrant to enforce the payment through suit No. M/122/2022, which has the Governor of Oyo State, the Attorney-General and Commissioner for Justice and the Board of Internal Revenue Service of Oyo State as applicants, while IBEDC is the respondent.

According to the statement, the state government had, in line with its avowed commitment to the observance of the rule of law, filed an application before Justice O.M Olagunju, seeking the issuance of a warrant authorising its officers to “distrain upon any land, premises or places of which the respondent (IBEDC) is the owner.”

He explained that the court order is to enable the state government to enforce the payment of arrears of taxes to the tune of N400,546,111,41k, being taxes accumulated by the IBEDC in respect of Harmonised bills, Infrastructure bills, Tax Audit bills and Signage bills, and which the company has failed to pay in the last two years.

Awakan’s statement explained further, “A breakdown of the bills is shown as follows:

“It is to be noted that the IBEDC has a statutory obligation to deduct and remit revenue bills to the government of Oyo State through the Board of Internal Revenue.

“It is also to be noted that the distribution company failed and neglected to remit any such personal income tax of its employees within the period under review and that the Board of Internal Revenue several times served requisite demand notices calling attention to the company’s tax liabilities/obligations,” the statement said.

Relying on section 45 of the Revenue Law of Oyo State, the presiding judge, Justice O.M Olagunju, issued the warrant and affirmed that:

“Accordingly, I hereby issue a warrant in favour of the officers of the applicant (Oyo State Government) named in the  schedule to this application authorising one or all of the named officers to distrain upon any land, premises or places of which the respondent is the owner particularly the respondents head office at Ring Road and Dugbe Ibadan for the purpose of enforcing payment of taxes in the sum of N226,756,000.41k only, representing its outstanding tax liability for the year 2021 of assessment which has become final and conclusive.”

He said though the Court order affirmed the 2021 tax liabilities to the tune of N226,756,000.41, as final and conclusive for immediate enforcement, the total tax arrears payable by IBEDC is in excess of N400 million and this excludes Land Use Charges and others.

He added, “Consequently, the Board of Internal Revenue, acting on the valid court order, put effect to the warrant and sealed off some of the offices of the IBEDC in order to enforce the payment of the outstanding bills.”