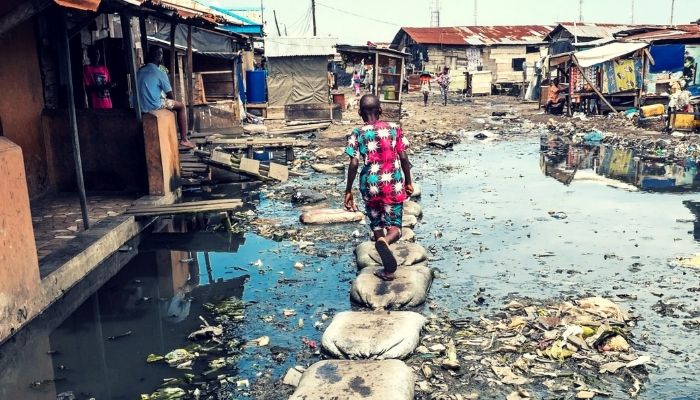 Nigeria’s advocacy group, Social Economic Rights and Accountability Project, SERAP, on Sunday asked President Muhammadu Buhari to institute an inquiry into how billions of Naira claimed to have been spent on social interventions have been spent by those charged with the responsibilities.

The National Bureau of Statistics released its report on Thursday alleging that 133 million Nigerians are poor in many dimensions. The report raises fresh concerns over the veracity of claims by those saddled with the social intervention programmes where billions of Naira have been expended.

Kolawole Oluwadre, in the group’s statement made to the NPO Reports on Sunday, also urged Buhari “to ensure the findings of any such investigation are widely published. IT also wants suspected perpetrators of corruption, and mismanagement of public funds meant to take care of the poor should face prosecution as appropriate, if there is sufficient evidence, and any stolen public funds should be recovered.”

SERAP said this damning report is in spite of the government reportedly spending N500 billion yearly on ‘social investment programmes.’ Half of all poor people in the country are children.

In the letter dated 19 November 2022 and signed by SERAP deputy director Kolawole Oluwadare, the organisation said: “The report suggests a grave violation of the public trust, and the lack of political will to genuinely address poverty, and uphold your government’s constitutional and international human rights obligations.”

SERAP said, “The report that 133 million Nigerians are poor suggests corruption and mismanagement in the spending of trillion of naira on social safety-nets and poverty alleviation programmes, including the reported disbursement of over $700 million from the repatriated Abacha looted funds to these programmes.”

SERAP also said, “Your government has legal obligations to effectively and progressively address and combat extreme poverty as a matter of human rights.”

SERAP said, “The failure to address extreme poverty has resulted in high levels of inequality, and serious violations of economic and social rights of Nigerians, particularly the socially and economically vulnerable sector of the population.”

The letter, copied to Mr. Olivier DE SCHUTTER, UN Special Rapporteur on extreme poverty and human rights, read in part: “These grim revelations by the NBS show the failure to fulfil your oft-repeated promise to lift 100 million Nigerians out of poverty, and that no one will be left behind.”

“We would be grateful if the recommended measures are taken within seven days of the receipt and/or publication of this letter. If we have not heard from you by then, SERAP shall take all appropriate legal actions to compel your government to comply with our request in the public interest.”

“The report also shows that the purported social safety-nets and poverty alleviation programmes are clearly not working. It also shows a failure by your government to uphold the constitutionally and internationally guaranteed human rights of the Nigerian people.”

“SERAP also urges you to prioritise investment in quality education and healthcare, and to redirect some of the unnecessary spending in the 2023 budget such as spending by the presidency on feeding and travels, and money allocated to the National Assembly in the budget to address poverty as a human rights issue.”

“A supplementary appropriation bill, which reflects the proposed redirected budget should be urgently sent to the National Assembly for its approval.”

“Your government has a sacred duty to ensure transparency and accountability in the spending of the country’s resources, including the spending of public funds on social safety-nets and poverty alleviation programmes and projects.”

“Section 14(2)(b) of the Nigerian Constitution of 1999 [as amended] provides that, ‘the security and welfare of the people shall be the primary purpose of government.’”

“Under Section 16(1)(a)(b), your government has the obligations to ‘harness the resources of the nation and promote national prosperity and an efficient, a dynamic and self-reliant economy’, and to “secure the maximum welfare, freedom and happiness of every citizen.”

“Nigeria has also ratified the African Charter on Human and Peoples’ Rights and the International Covenant on Economic, Social and Cultural Rights, which recognize legally enforceable economic and social rights, such as the rights to education, health, safe food and clean water, security, and shelter.”

“Allegations of corruption in social safety-nets and poverty alleviation programmes pose both direct and indirect threats to human rights, and contribute to extreme poverty in the country.”

“Nigerians have the right to be free from poverty. Extreme poverty is the greatest denial of the exercise of human rights, as it denies millions of Nigerians not only their economic and social rights but also civil and political rights such as the rights to life, human dignity, and political participation.”

“Successive governments have systematically neglected social and economic rights, and failed to address severe poverty and inequality in the country.”

“Part of the problem is the failure by your government to promote the legal recognition of economic and social rights in the Nigerian Constitution, which would allow people living in poverty to seek redress for violations of their human rights.”

“Investigating and prosecuting the allegations, and recovering any stolen public funds would serve the public interest.”

“SERAP notes that the consequences of corruption are felt by citizens on a daily basis. Corruption exposes them to additional costs to pay for health, education and administrative services.”

“Corruption undermines economic development of the country, trapping the majority of Nigerians in poverty and depriving them of employment opportunities.”

“The 2022 Multidimensional Poverty Index (MPI) Survey reveals that 65% of the poor (86 million people) live in the North, while 35% (nearly 47 million) live in the South. Poverty levels across States vary significantly, with the incidence of multidimensional poverty ranging from a low of 27% in Ondo to a high of 91% in Sokoto.”

“The NBS also shows that over half of the population of Nigeria are multidimensionally poor and cook with dung, wood or charcoal, rather than cleaner energy. High deprivations are also apparent nationally in sanitation, time to healthcare, food insecurity, and housing. Half of all poor people are children.”