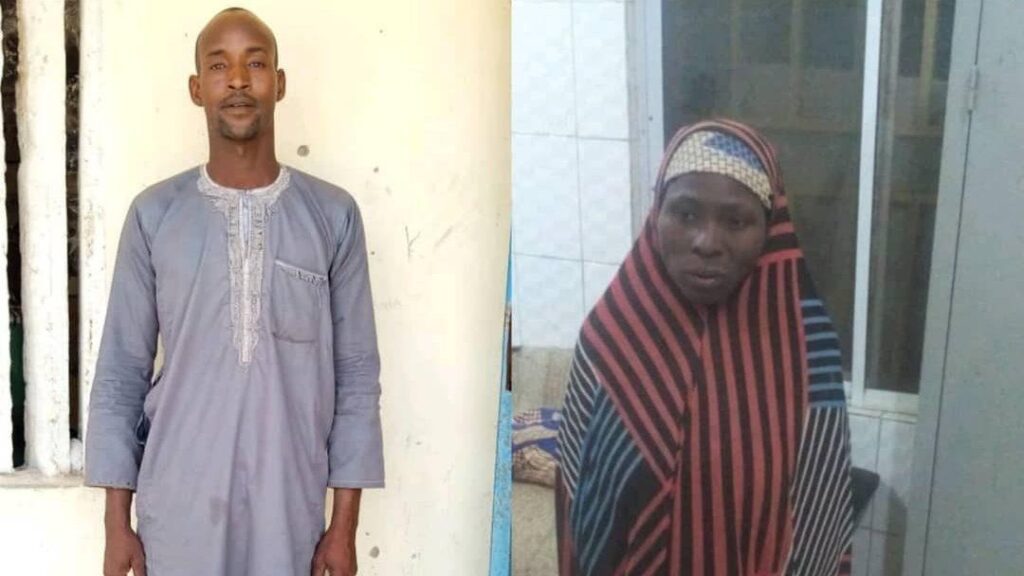 Jigawa State Police Command have arrested a father and mother who allegedly buried a newborn baby in the Kiyawa Local Government Area of Jigawa State in Northwest, Nigeria.

The Police Public Relations Officer in the state DSP Lawan Shiisu Adam who confirmed this in a statement said a 30-year-old Balaraba Shehu of Tsurma village, who is the mother, and Amadu Sale alias Dan Kwairo ‘m’ age 25 years conspired to kill the child and bury him inside the toile to cover up their unwanted pregnancy.

“On receipt of the hideous report, a team of Policemen mobilized and proceeded to the scene of the crime.

“On arrival, detectives swung into action and exhumed the newborn baby from the toilet, where he was buried by the suspected mother. The suspects were arrested and are now in police custody.

“Preliminary investigation led to the arrest of a 25-year-old man, Amadu Sale, a.k.a Dan Kwairo, of Akar village in Kiyawa LGA, who alleged to be responsible for the unwanted pregnancy and conspired with the suspect to bury the baby after delivery,” the statement said.

The Commissioner of Police, Jigawa State Police Command, CP Emmanuel Ekot Effiom, directed that the case should be transferred to SCID Dutse, for discreet investigation.

The suspects would be charged to court to face the full weight of the law upon completion of the investigation.